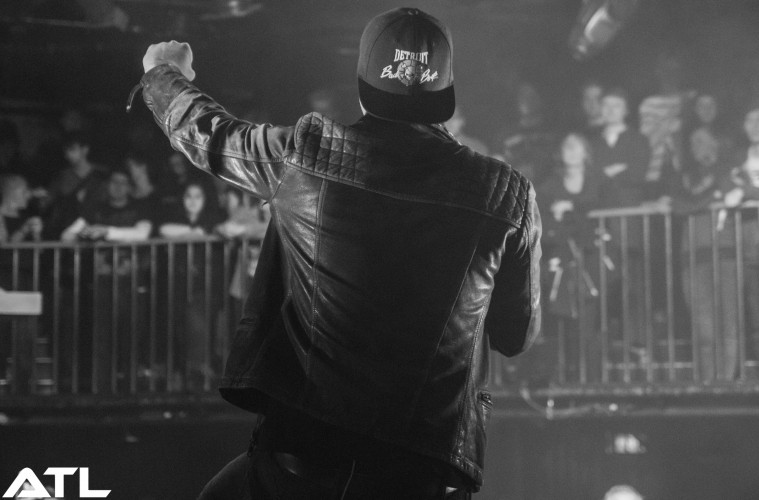 Why Silverstein Are the Band This Dying Alternative Scene Needs

It’s safe to say that the modern day alternative music scene is a world away from what it used to be back in its late 2000s/early 2010s heyday. That’s not to say that there aren’t some great things going on right now (the resurgence of pop-punk and the blossoming UK scene, to name but two examples), but that it’s just seen far better days. Days where the likes of A Day to Remember and All Time Low ruled the roost, days where Fall Out Boy were frontrunners, and days where the underground (post-)hardcore scene seemed unbeatable when put up against other sub-genres. In 2017, we’ve still got all of that, but it just seems as though it’s slightly losing its touch. Whether that’s down to the technological progression we’ve all made as individuals (social media can be one hell of a career ender) or simply down to shifting tastes, it’s definitely evident that the alternative scene (or emo music, as some like to call it) is not what it used to be, almost as if it’s stuck in the void between two golden eras, one of which we’re yet to enjoy and another of which the best days have been and gone. Luckily, Canada’s very own Silverstein are one of few bands to have survived all the trends, all the drama and all the gimmicks, powering on like the machine that they are, and that they’ve always been. Shane Told and his men haven’t had it easy, but they’ve unquestionably managed to defy all expectations and look to leave no stone unturned as they tour the US this summer as part of the age-old Vans Warped Tour. In the fourteen years since they first emerged ‘on the scene’, they’ve seen the world change beyond expectation and sonic directions fluctuate with each release, but one thing has remained a constant variable: solid music with powerful lyrical content and bucketloads of emotional value. On Friday (14 July), the quintet put out their magnum opus Dead Reflection which, at least in terms of the alternative scene, could potentially make for a shift in the musical landscape for the better. Across its twelve songs, which range from instant brutality to serenity in swathes, Told and co. paint a picture of lives lost and regained, with particular emphasis on opening track Lost Looks being placed on Told’s mental state at the start of 2016. The chorus references George Best as a subtle metaphor for Told’s state of mind (“Don’t die like me”), setting the tone for Dead Reflection’s emotional journey. Previous single Ghost, which the band road-tested on last year’s Rise Records tour, pops up like an old friend, sounding equal parts familiar and distant by means of Told’s vocal delivery and his band’s in-your-face contributions. The same goes for the all encapsulating Lost Positives and pop-punk leaning The Afterglow, two of the album’s undisputed highlights. If there’s one thing for sure about Silverstein and their current ninth album, then it’s that everything is a team effort which doesn’t rest on the shoulders of one man. Guitarists Paul Marc-Rousseau and Josh Bradford, as well as drummer Paul Koehler and bassist Billy Hamilton, all do their bit on Dead Reflection so well that it takes multiple listens to really pick all of the individual, meticulously-crafted layers apart. Take the atmospheric album closer Wake Up as an example. Its lyrics tell the tale of self-empowerment and managing to get yourself out of a dark place even when your world seems to be falling apart. It takes the heartfelt emotion which Told puts on his sleeve and bathes it in swathes of lilting guitars, gradually pulsating rhythms and an ultimately destructive finale which enables the frontman’s outpourings to join forces with the music in a way which Dead Reflection had not yet demonstrated to this extent, almost as if the whole record had built up to that one rupturing climax. The co-existence between emotion and sonic brevity is a sight to behold throughout the album, hammering home Told’s emotional state in a way that no other frontman anno 2017 could pull off. Time and time again, Silverstein prove to the world that they are the band ready and in waiting to give the alternative scene a kick up the arse which it so desperately needs in order to progress into its next golden era. Dead Reflection may not set the charts on fire (although it does deserve this), but it’ll certainly prove to be one of 2017s defining heavy pieces of music, whether you like it or not.

Dead Reflection is out now. Stream it below, and support the band by buying it here.