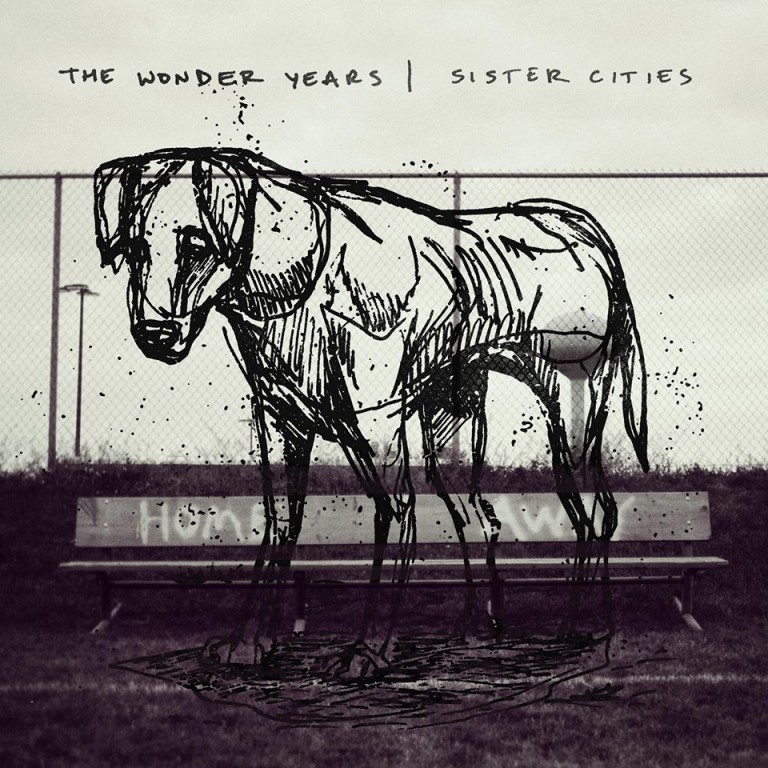 The Wonder Years Spill Their Minds on Sister Cities

The Wonder Years always demonstrate resilience throughout their music. The band are a pivotal outfit who also connect with their audience emotionally, and this is what makes them such a formidable force, one occupied by enigmatic front-man Dan ‘Soupy’ Campbell. He’s no stranger to heartache, he’s not oblivious to hurt, and he certainly doesn’t shy away from a spotlight which shines brightly upon his impactful mind.

Since the band’s inception, they’ve created hooks and triggered a revolution in the pop punk scene. Yet, despite there being far too many imitations trying to pummel one another, The Wonder Years know they’re in the ascendancy. Their music shrouds the pain for a while; it blocks out depressive aches for slender moments. It isn’t a cure or revolutionary discovery; rather, it is pop punk drenched in intelligence. Intelligent wordplay is instilled in everything that The Wonders Years produce. Every song flourishes beyond compare when those poetic strands come to life. It’s easy to fall into the poetry like cascading into a pillow which is soft but slightly worn, and it’s not difficult to imagine yourself as a character in one of the band’s sorrow ridden songs.

And bridging the gap between ordinary and extraordinary is a task The Wonder Years have completed with distinction on their new record Sister Cities. It’s a phenomenal push for answers, and it’s a masterful dash for redemption, even though the emotions are riding high. Campbell aches for closure as he springs into action, raising his voice and credentials.

To dream emphatically is difficult, to put your dreams into a record is tricky. But The Wonder Years have done so, and it pays off. There are songs emotionally entangled, there’s songs that hit the gut rapidly, songs that describe tortured mind sets and the dark side of the room. Sister Cities is commendable. It overthrows previous records, and distances itself away from the normal routine of pop punk. You could even say it isn’t fully stuck to pop punk’s underbelly. This is a turning point or even a dangerous sacrifice, but Sister Cities works well as a record not largely placed into one bracket. That diversity is key to a band’s survival. Many may scorn such radical change, but we live in a world where band’s like 30 Second To Mars have completely altered their sound to fit a market. The Wonder Years haven’t done this, they haven’t changed their music to fit the masses. They’ve only added fundamental notes, emotional twists and turns.

Sister Cities starts with Raining In Kyoto. It’s a song stated by Campbell as an emotional swansong to his late grandfather. The frontman places his heart into it, singing about mistakes and missed opportunities. It is a poignant, cathartic, beginning to a monumental record. Sister Cites is a fast, upbeat guitar driven song with dark undertones. Lyrically it is poetic, and conveys a man stranded in a street like a dag suffering from mange and who is gaunt and nearing death. The Ghosts Of Us Right Now is a bashful offering. Campbell sings, battering all the walls that surround him. His iron fist is as strong as ever. The chorus is such a powerful sequence. The Orange Grove is an emotional track drenched in powerful lyricism. Campbell has never sounded so desperate, he describes a familiar hospital room. Someone is watching him decay. The Ocean Grew Hands To Hold Me lasts over six minutes. It’s a ballad, it’s a melodic triumph. You’d be strong to hold back the tears.

Sister Cites is a great record, pinpointing grievances and hardship. The Wonder Years have let their minds spill, and they’ve created an opus of magnitude, one which hits the guts like a hammer to a nail. Don’t hold back your emotions with this one. Sister Cities is out now.