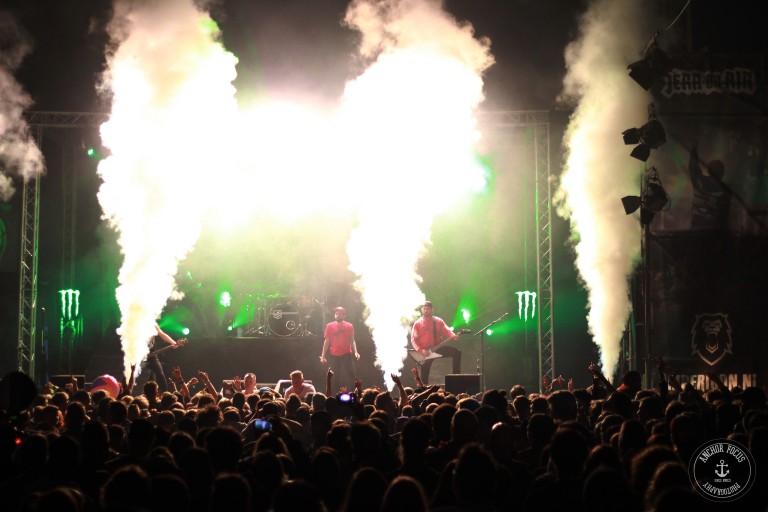 A Day to Remember Win Lawsuit Against Victory Records

A Day to Remember have come out as victors in their long-running lawsuit against former label Victory Records.

The Jeremy McKinnon-fronted quintet sued the label five years ago, with an Illinois jury now declaring that Victory Records must pay the band $4 million in unpaid royalties and legal fees.

It took a two-week jury trial, as well as a day and a half of deliberations by an eight-person jury to come to a final conclusion. (via Law360)

The band initially sued the label in 2011 due to a breach of contract, with the band supposedly under a five-album contract which the label claimed they bailed out on after three records. Two subsequent live albums were meant to bridge the gap to end their contract.

Illinois jurors subsequently claimed that the extra recordings (which were live albums) did count as part of the contract, before hitting Victory with a huge fee ($4 million) which they owed the band in unpaid royalties.

In a statement, the band said the following: “As many of you know, more than 5 years ago we filed a lawsuit against Victory Records seeking freedom and resolution on several issues we had with them. For the past 2 weeks we have been in court arguing our case. Yesterday, the jury came back with a unanimous verdict in the trial granting us that freedom and resolution. Thank you to the fan base for supporting us through this difficult time, we couldn’t have done this without you. This isn’t just a victory for us but also a victory for every band wronged over the years. Right doesn’t always win, but yesterday it did.”

A Day to Remember’s new album, Bad Vibrations, is out now.