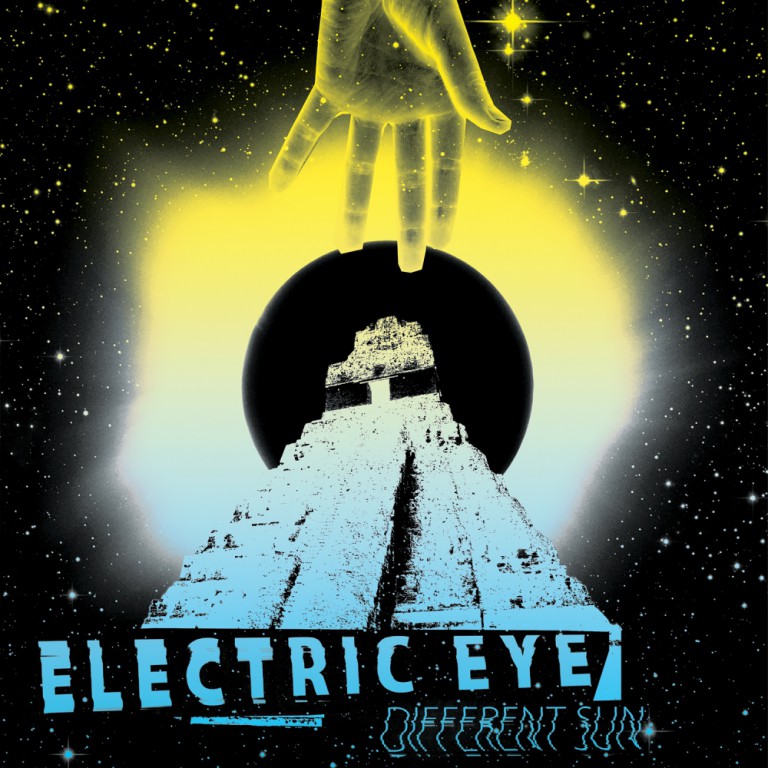 When Norwegian four-piece Electric Eye dropped an already impressive album in 2013, expectations were high. The Scandinavians toured through the USA and Europe, played at festivals such as The Great Escape, SXSW and Eurosonic and have also just released their second album, Different Sun. The group’s follow-up to their debut Pick-up, Lift-off Space, Time should give us a reason to run across town towards the local record shop. Already excited because of my love for the first record, I’m a bit impatient to give a first listen to what’s new.

The band is heavily influenced by the psychedelic era of the 1960’s, and that’s not a bad thing. Not at all, in fact. In times of retromania, it is a plain fact that people are more likely to hear music influenced by one of the, in my opinion, most musically interesting periods of our time. Opening track Silent By The River proves to be a perfect example of that. The psychedelic drone sounds are accompanied by raw, slightly overdriven sounding drums. The clever use of percussive elements, together with a very unexpected and thus surprising twist about halfway through the song, is what keeps it fresh and interesting.

Via the mostly instrumental All of This Has Happened Before and Will Happen Again the listener is introduced to the band’s more Indian influences. Songs like Mercury Rising and Heavy Steps On Desert Floor show that the band is capable of approaching songwriting in more than one way. The weird thing while listening to this album is that I seemed to hear clear influences from very different groups like Pink Floyd, The Who and even Crosby, Stills & Nash. All of this is cleverly packed into what makes Electric Eye such a fantastic band: songs that are grooving, blasting and extremely mesmerizing at the same time.

Throughout the record, the sound and unexpected twists and turns form a big part of what keeps the music interesting. All of the vocals, guitars and synthesizers are drowned in reverb, which adds to the overall listening experience. The shimmering guitars sometimes tend to be a bit overly present, but then on a track like Never Fade Away the guitars trade places with an organ, while refreshing pianos and synthesizers take it to another level.

I’m in for a big surprise while listening to closing track Part One as suddenly these beautiful and haunting female vocals kick in. It is simply impossible to avoid to at some point get drawn into the world of Electric Eye. As the band itself describes it: “the journey is the goal”. To take you on a journey is something this record most certainly will do.

With Different Sun, Electric Eye have done it again. To people who are not familiar with the genre, the songs sometimes might sound a bit repetitive. But hey: why change a great, working formula?