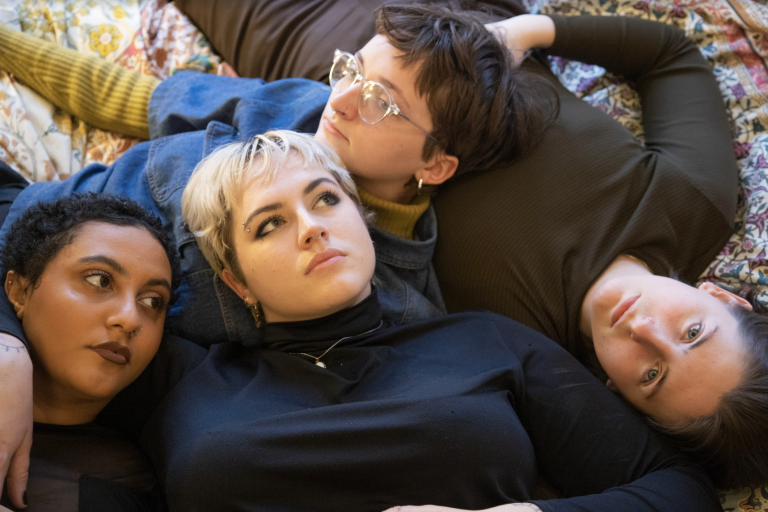 “Yep, cassettes are now the new vinyl” is the headline of an article published not even a month ago. However, the debate on which physical medium should reign in the streaming era is not a new one. But while vinyl has always been a ruler of the mainstream, the cassette is now taking the spotlight thanks to DIY advocates such as London’s Sad Club Records.

Sad Club darlings BUGS released their debut single Nick Gowland earlier this year, and it’s the perfect illustration of contemporary DIY spirit. Self-recorded and mixed by the London four-piece, it’s a charming track targeting bullies not with violence, but with slow-burning rage and witty lines. Alice Western’s dreamy voice narrates a reversed coming-of-age story; the failure of a redemption arc ends in concrete punishment for Nick, the embodiment of ordinary tyrants.

Not only is the single physical, available to buy on cassette, but its fictional protagonist Nick Gowland also comes alive in the shape of a puppet in the music video. In a collective effort characteristic to this hands-on ethos, the video features a line-up of creatives working together to create an eclectic mix of cinematography and animation (there’s even a cat involved). Under Western’s careful direction another story unfolds – this time, a visual one. The lyrics meet their match in the imagery of a quotidian villain, facing his demons throughout the course of his life.

Nick Gowland is the fruit of experimentation and playfulness in music, art and words. It’s a testament of DIY spirit and collaboration and paints BUGS as a highly promising band who surely have more aces up their sleeves. In the meantime, explore the surreal sounds and visuals from the sleeve of this cassette. Ingrid Enache