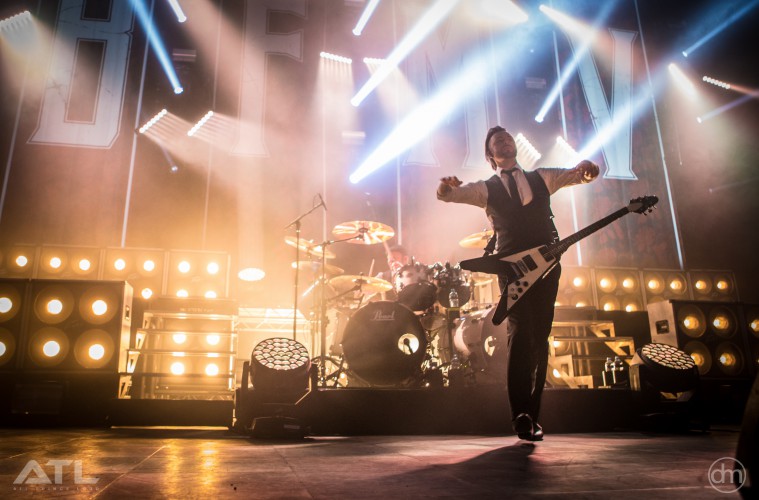 Welsh hard rockers Bullet For My Valentine have announced a European tour.

Matt Tuck and co. will take to twelve European stages throughout October and November in support of new album Gravity (due 29 June). Of Mice & Men will serve as special guest on all dates, which include a return to the 013 in Tilburg on 8 November as well as a night at London’s Alexandra Palace two days later.

The tour will conclude during a massive homecoming show at the Motorpoint Arena in Cardiff, the band’s largest Welsh show in quite some time. Check out all tour dates in a video shared by the 013 in Tilburg.

Tickets for all shows go on sale next week Friday (4 May) at 10am local time, and you can head to the band’s official website for more details. Watch the brand new video for comeback single Over It below.