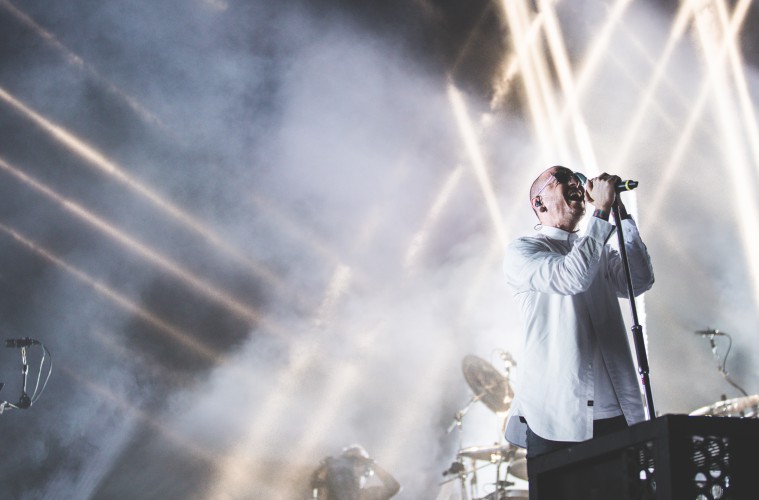 Chester Bennington: One Year On

Today marks the one-year anniversary of Linkin Park co-frontman Chester Bennington’s passing, a tragic death which shocked the music community to its very core. The cathartic and charismatic took his own life in the midst of an album campaign surrounding the hyper emotional One More Light, an album which connected more to Bennington on a personal level than anything which came before it.

Bennington was a leading voice for today’s millennial generation, a population who grew up listening to classic, genre and era-defining Linkin Park records such as Hybrid Theory, Meteora and Minutes to Midnight. All the way through until last year’s emotive One More Light (for which the lyrics now carry so much more lyrical weight, even a whole year on), Linkin Park remained one of the world’s most popular and relevant bands. Whatever they did turned out to be a success, and as time went by their status as heroic and Hall of Fame-worthy only grew. Fans could relate to Bennington and his struggles in a way which not many others could, with his upbeat, warrior-like personality enabling fans to understand themselves and get through their own tough times by means of music. All you had to do was take one glimpse at the response to Bennington’s passing to realise truly how much of an impact he’d made on the world. Article continues below this gallery. As mentioned above, last year’s One More Light album now carries so much more emotional weight than before Bennington passed. It had long been common knowledge that he had his demons, whether it be depression or addiction, but you would never have thought that it would go as far as it unfortunately did. Perhaps this is because we, as music listeners, tend to forget that people like Chester are also just human beings. We take this for granted all too often, expecting our heroes to lead perfect lives. One More Light’s lead single, Heavy, bears a set of lyrics which, when looking back, may have been one of multiple warning signs embedded within the album:

Bennington’s death was extremely tragic, so today we celebrate his life with some of our favourite live shots of the man himself, courtesy of All Things Loud in-house photographer Natasja de Vries. All of the below images were taken during three shows on Chester’s final ever European tour with Linkin Park during the summer of 2017, namely at Amsterdam’s Ziggo Dome, Germany’s Hurricane Festival and Austria’s Nova Rock.