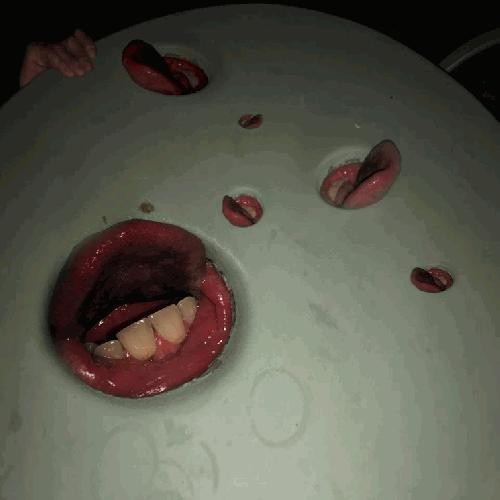 Death Grips Is Online, But For How Long?

The biggest insult you could level at Death Grips is to call them boring. The confrontational Californian art-project meets traditional hip-hop outfit comprised of MC Ride, Zach Hill, and Andy Morin has thrived on confounding expectations with no care about alienating their own fan-base from day one. They do things their own way. Since The Money Store began to suggest a satisfying yet predictable direction attempting to give nu-metal a revamp, they’ve gone out of their way to distance themselves from the commercial appeal of songs like I’ve Seen Footage. Cancelled shows, explicit album art, fake break-ups and more have meant that while other bands have come and gone, they’ve still managed to find ways to be noticed and more importantly, written about. It may have divided fans, but those who stayed behind were bullshit proof, having experienced so much controversy that nothing could shock them anymore. While shitbag contrarians like Morrissey have found far more confrontational methods to remain in the public eye, the discovery that the director of the Shrek franchise Andrew Adamson guests on Year Of The Snitch feels relatively harmless.

Throughout all of this sensationalism, the reason they’ve managed to last long enough to release their sixth full-length studio album is that they’ve combined all this with some genuinely thought-provoking, confrontational and original music. Many people forget this key aspect of the band, often forming opinions on their general impression, forgetting that they’ve put out a sizeable amount of material at this point. 2016’s Bottomless Pit saw them embrace some more melodic elements which they’d gone to great lengths to distance themselves from, which in itself became an unexpected turn. When Black Paint was released as a single in advance of the album, it felt like they were on the brink of turning their sights on the mainstream once again. Its towering riffs and the relentless rage from MC Ride’s vocals brought bands like Rage Against the Machine at their most relevant to mind. The chorus line of “Boom boom boom” could almost be described as a hook, the last thing you’d expect from them at this stage. Of course, this was just another red herring in the pool of Death Grips’s distraction as Year Of The Snitch once again finds a variety of ways to rip your face off through your ears.

Death Grips Is Online was the tweet that indicated the return of the band last year, and the album opens with a track of the same name, breaking you in gently as an early highlight. MC Ride takes the more constrained flows he demonstrated on the Bottomless Pit highlight Eh during the verse as the song bounces along with what could almost be described as a chorus in its opening hook. The song moves at a cut-throat pace as samples, synths and lyrics fly with abandon over a tinny electric drumbeat. The intensity dissipates with the unsettling beat of Flies, creating a filthily sinister ambience that better matches their general modus operandi. A chorus hook built around the line “Should the opportunity arise, vomit me flies / Flies vomit me, vomit green eyes” is punctuated by a smorgasbord of foreboding sounds spliced by guest DJ Swamp to create a lingering sense of despair.

There’s certainly a feeling that the band want to try new things on this album, but the progressions feel surprisingly conservative for a band who apparently don’t give a fuck. Many have talked up the jazzy elements of The Fear, combining a skittering drum beat with a horn synth that sounds like it’s falling down a staircase as MC Ride spits about vampires over it all. It’s certainly a step in a new direction for them, but outside of the verse, there’s not too much to distinguish it from the key elements that makes the band’s sound identifiable. Dilemma too has elements of the jazz influence, particularly in its verse, driven by a guest appearance from Tool bassist Justin Chancellor. Album closer Disappointed combines an obtuse hardcore thrash with the threat of melody that’s propelled along by drummer Zach Hill playing with the intensity that he’s famous for.

As with every Death Grips album, this is not something to be listened to when you’re not in the mood, or in the background at the supermarket. The pace is relentless and everything is either confrontational or unsettling, the subtleties almost lost in the onslaught. DJ Swamp’s edits and scratching has taken their fierce sonic collage and broken it into even smaller pieces, leaving something so fragmented it feels like it’s falling apart. This is their signature sound, it’s part of who they are, yet often makes their music an exhausting experience. It’s a relief that the album clocks in at just over 37 minutes, sticking around long enough so as not to outstay its welcome. Though some of the songs come across as more unsettling than a horror movie (The Horn Section, Shitshow, Flies), there are also a number of tracks with a surprisingly conventional structure lurking just beneath the surface (Streaky, Dilemma, Black Paint).

It’s amazing to think that Death Grips have lasted this long, the precariousness of the project having been a key part of the reason they’ve developed their unique persona. It always felt like some high concept that was meant to self-destruct in some pre-meditated endgame, yet still, they keep coming back. They’re clearly very aware of their position and the precarious nature of the music they create. The “don’t throw it on the ground” lyric that opens the chorus to Streaky is no accident in its similarity to the Lonely Island song, a nod to the meme culture that has embraced them beyond the fickle interest of the hipster crowd. While it may have bought them some longevity that many acts crave, there’s a certain conservatism in that culture, and dare I say it a predictability to it. Year Of The Snitch may have gained hype with its forewarned guest spots and a devastatingly good live show with the intensity that matches their recordings, but despite some clear highlights and enjoyable moments, it’s just another Death Grips album. If they’re going to avoid becoming yet another heritage act, they’re going to have to go further, or this is going to get boring. Year of the Snitch is out now.