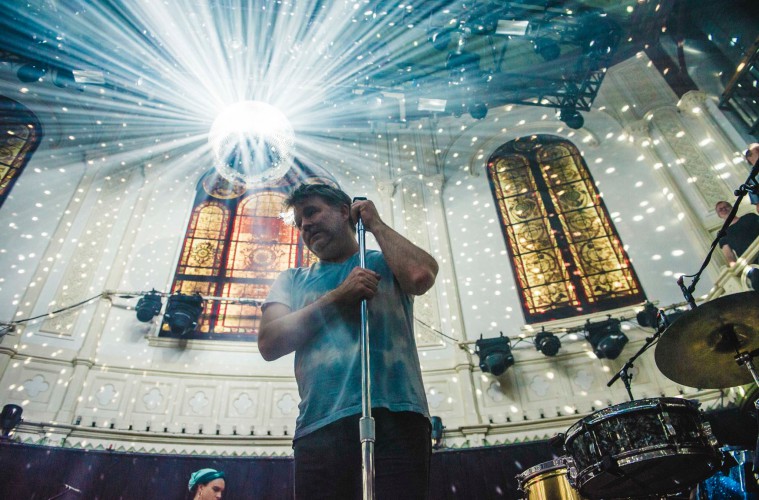 FROM THE EDITOR: The Three Best Live Performances Of the Year

As the editor of a music outlet, going to gigs has become second nature and something which I find myself doing at least three times per week, if not more. With so many performances and new experiences under my belt in 2017, I thought it would be nice to add a personal touch (something which isn’t all too commonplace on these kinds of media outlet sites) to the end of the year and choose my three favourite shows of 2017.

What I said at the time: “Closing out the whole night on a suitably destructive All My Friends, nothing could be truer. James Murphy and his band had the crowd in the palm of their hands, and for one night only everyone was a friend of another. No matter where you looked, strangers embraced, cheered and danced their way through the evening as if it was their last night on earth. Had that actually been the case, then most would’ve likely accepted this fate. It’s no secret that LCD Soundsystem’s live shows are meticulously crafted spectacles, sticking to simplicity in its production and allowing the music to ultimately do the talking. The time came, the band saw, and they all conquered. There may be an air of uncertainty surrounding a potential future for the band going into 2018 (there are no live dates on the cards), but if this month’s European victory lap is anything to go by, then we could be seeing Murphy and co. stick around for quite some time”

What I said at the time: “Returning for an encore, Vernon and his brilliant live band were met with yet another ovation as they pulled an acoustic rendition of Leon Russell’s emotional A Song For You out of the bag. Vernon introduced it as his favourite song of all time, putting a Bon Iver twist on it ahead of show finale The Wolves (Act I and II), for which the crowd’s vocal help was enlisted during its serene chanted mid-section. It was the first instance of the whole night where the crowd sang along to a song, and only then was it on the artist’s personal request. Strobe lights, warped percussion and a sense of togetherness brought the show to a special ending, one which was like no other. There’s just something about Justin Vernon, his music, his loveable stage presence and Utrecht’s extremely respectful crowd that makes this show a surefire contender for one of the year’s best. It’s all fair and well to praise everything possible in a world where the slightest criticism can make for dire consequence, but you’d really be hard-pushed to find something negative to say about Bon Iver’s live show. It’s just that good.”

What I said at the time: “Enter Shikari are a band whose impact in this day and age is so vital that it’s hard to imagine a world without them. For every major development in the world, there’s a reaction which Reynolds and co. fully enforce through music in a way only they know how. They’ve claimed to be returning in November, with a new studio album seemingly pencilled in for somewhere around the same time. There’s no indication as to how it’s going to sound, and that’s something absolutely brilliant about this band: you’ll expect the unexpected, and even then all your expectations will somehow be exceeded.”

From the Editor is a monthly piece by All Things Loud founder Jack Parker, in which he, as of January 2018, reflects on a chosen topic or invites a guest writer. Come back before the end of the year to find out what the rest of our team thought was the best show they’d seen.