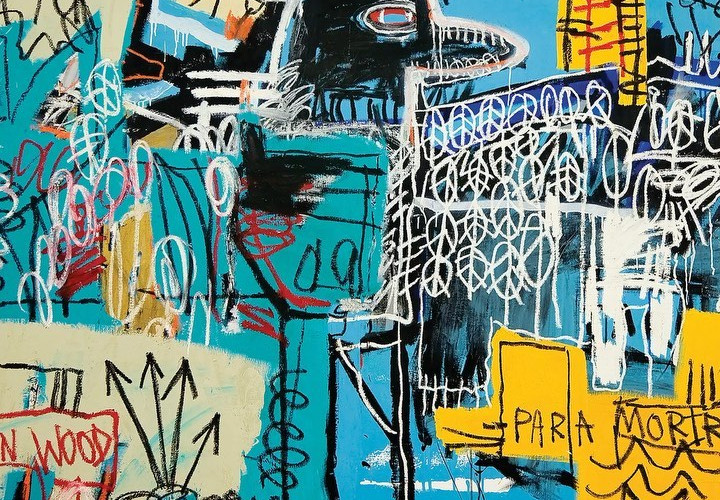 FIRST IMPRESSIONS: Inside The Strokes’ New Album, The New Abnormal

Seven years is a long time, but not if you’re The Strokes. Since the New Yorkers put out 2013’s surprise album Comedown Machine, the iconic quintet have been largely quiet aside from one EP (2016’s Future Past Present) and an annual slew of scattered live shows around the world. You couldn’t blame them, though. Since Comedown Machine, the band have remained busy at the helm of a bunch of intriguing side projects (The Voidz, Little Joy) and solo albums (Albert Hammond Jr.). Later this week (10 April), the band are back with a band on The New Abnormal, a return to form from a band whose candle was at risk of going out. Jack Parker dissects the record’s nine tracks, based off of solely his first listen.

THE ADULTS ARE TALKING

For the avid Strokes fan, opening track The Adults Are Talking should be more than familiar. The band premiered it live in Los Angeles last spring, and it’s slowly become a fan favourite. Not that this should come as a surprise, though, because it’s the closest the band have come to a modern classic since Under Cover of Darkness exploded all over our faces in 2011. Much like the rest of the album, The Adults Are Talking operates on a somewhat melancholy wavelength, its guitars intertwining with lilting precision alongside a drum machine and Casablancas’ familiar vocal drawl. It might not be a downright anthem in the traditional sense, but it’s got enough pace and power in it to serve as one of the band’s best album openers to date. Casablancas’ falsetto and repeated “maybe not tonight” spearhead a brash ending to the track, which dies down and leading into some cutting room floor studio talk.

Selfless is one of The New Abnormal’s slower tracks, led by a jangly guitar line and introspective lyrics courtesy of Casablancas. “Please don’t be alone, because I want your love” he sings during the track’s relatively emotional chorus, one which finds its power in subtlety. Selfless is the kind of song you want to stick a lighter in the air to as Albert Hammond Jr. whips out his guitar for a well-timed and fuzzy solo. The track contains one of Casablancas’ most impressive vocal performances in a decade, his heart out on his sleeve for the world to see as he wails his way through proceedings. Everything comes to a crashing end, the end only signified by some jangly chord strumming.

The album’s third single doubles up as one of its best, centring on Cutting Crew-worthy synth stabs and a chorus which is perfectly suited to both FM radio and indie discos. There aren’t many upbeat moments on The New Abnormal, which makes a track like Brooklyn Bridge to Chorus all the more enjoyable. The guitar lines are tight, the bass is grooving and the drums are the perfect balance between raw and crisp. If you’re a fan of old school Strokes, then you’ll find plenty of enjoyment in this early, solo-driven highlight.

Here’s one we’re all familiar with. Bad Decisions is another one of The New Abnormal’s strongest tracks, as well as its biggest anthem. Be it a small club or a packed festival field, Bad Decisions is the kind of song you want to be blaring out of your lungs as your friend carries you on his shoulders. It contains a sense of playfulness which had been missing on both Comedown Machine and Future Past Present, a clear sign that The Strokes are back and better than ever. There’s a lot to be said about the band’s mystique and laid back attitude throughout the 2010s, but if The New Abnormal is anything to go by then it sounds like Casablancas and co. have injected new life into a band who rose to the top faster than anyone would have ever thought.

Eternal Summer sounds exactly like its title. It’s a slow burning slice of sun kissed yacht rock which sees Casablancas pull his best vocal tricks out of the box (including quite the falsetto). Taking its cues from wavy funk (and hints of psych), Eternal Summer is the musical equivalent of lying on a beach with your friend as the sun sets. “Psychedelic, life is such a funny journey” proclaims Casablancas with an intriguing vocal husk, his voice underpinned by a wailing drone and guitar lines even Nile Rodgers would be proud of. Eternal Summer is by far the most experimental – and best – track on The New Abnormal. And despite this, it still sounds quintessentially Strokes.

If Eternal Summer was the high, then At the Door is most definitely the comedown. Led by buzzsaw synths, The New Abnormal’s lead single knocks things down a few notches, focussing on sprawling ambient soundscapes, soaring vocals and lilting guitars. Unlike the five songs which came before it, At the Door is introverted and epic. There aren’t many Strokes songs which evoke the same sense of euphoria At the Door’s final third evokes, and once everything comes together it’s a sight to behold.

WHY ARE SUNDAYS SO DEPRESSING

Why Are Sundays So Depressing injects some energy back into The New Abnormal, albeit not enough to get back up on your feet. This mid-tempo cut is not the strongest track on the album, which says a lot considering how high the bar has been set. Over the course of four and a half minutes, it becomes clear that Albert Hammond Jr. and Nick Valensi’s interplay come to the fore here, serving as the track’s redeeming quality alongside some intriguing vocals from Casablancas. Sundays are certainly depressing, but this song is – despite its pace – far from it.

NOT THE SAME ANYMORE

Penultimate track Not the Same Anymore is another slow burner, spearheaded by memorable and haunting guitar lines. Casablancas is the star here, his introverted storytelling a reminder that he’s never stopped being a great lyricist. He paints a vivid (albeit demure) picture on Not the Same Anymore, the kind of track which would have slotted in nicely alongside any 80s power ballad compilation CD. “What does your sworn enemy regret?” asks Casablancas ahead of the chorus, discussing his fear of change as he goes on. It’s not the most captivating song on The New Abnormal, but once you allow the swirling guitar lines to cement themselves in your mind you won’t be able to hear anything else.

ODE TO THE METS

If you’re expecting a big, bombastic ending to The New Abnormal, then you’re going to be disappointed. Not that Ode to the Mets should disappoint anyone, though, for it is a thing of beauty and wonder. Lilting guitar lines and a vintage synth melody form most of the track’s backbone, underpinning a hopeful sounding Casablancas. “Hope that you find it, hope that it’s good” he sings, his voice balancing itself between hope and despair as he moves from singing to wailing. “I needed you there” he yells emphatically, the despair in his tone taking over as the track builds up to a reluctantly euphoric ending. “I’m gonna find out the truth when I get back” he proclaims towards the end, allowing the music to swallow him up as he becomes consumed by his own despair. You honestly could not wish for a more captivating end to a Strokes album if you tried.

The New Abnormal (which was produced by the legend that is Rick Rubin) is the sound of a band back at their best. Although fans will always wish for a return to the high-octane and raw indie of debut album Is This It, it’s safe to say that The New Abnormal re-cements The Strokes’ status as one of the best bands on the planet today. A modern rock behemoth unrivalled by any of its contemporaries, a machine so well-oiled that you’d forgive them for being so inactive this past decade. There’s something so incredibly captivating about The New Abnormal, whether it be upbeat anthem Bad Decisions’ chorus, instant classic The Adults Are Talking’s jangly guitars or the playful vocals on groove-laden banger Eternal Summer. The Strokes have never been better, and their return is much needed in a world where everything feels like it’s about to fall apart. The New Abnormal is about to become very much normal.