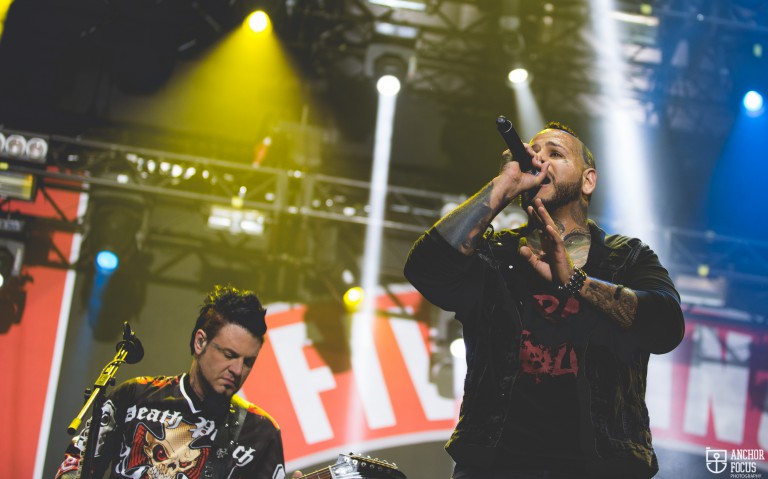 Five Finger Death Punch will round off the drama surrounding last week’s hellish set at the 013 in Tilburg with a free show this coming Monday (19 June).

News of the show comes as frontman Ivan Moody temporarily left the band to return to rehab, having been cited as “too drunk to perform” following Monday night’s events.

Bad Wolves frontman Tommy Vext will take his place as vocalist for the remainder of the tour, having filled in for Moody at various points throughout Monday night’s show.

Guitarist Zoltan Bathory said the following about the new show: “Last Monday’s show was an avalanche of events largely out of our control. We could sit here all day and apologize but our fans in the Netherlands deserve better than that. They’ve stuck with us all these years and helped get us to where we are today. So, we managed to re-route our tour and come back to Tilburg and play a free show on our day off – because actions speak louder than words.”