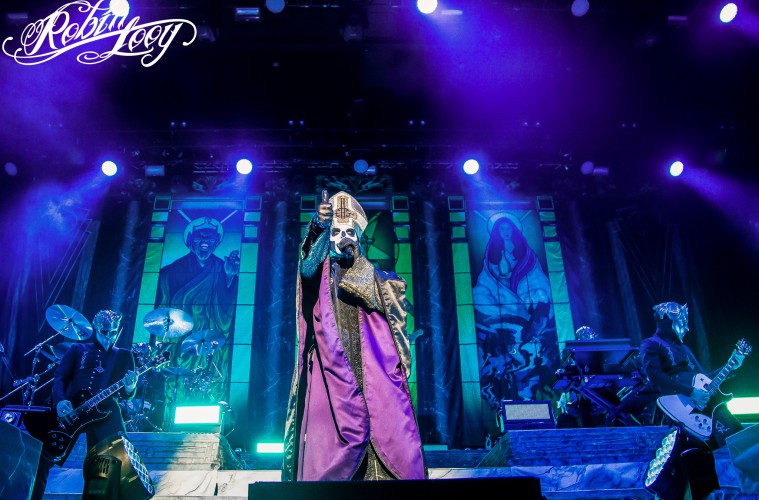 The GRAMMY award winning Swedes have just wrapped up a lengthy worldwide jaunt in support of latest studio album Meliora and this year’s Popestar EP, with the double album Ceremony & Devotion coming as a result of non-stop live performances.

The album was recorded during various American shows on the band’s recent Popestar tour, which saw Papa Emeritus III and co. trek around the world on multiple occasions to spread their holy message.

Check out the artwork and tracklisting below, and stream the entire collection at the bottom of this page. A physical version of Ceremony & Devotion comes out on 19 January, and you can head to Ghost’s website for more details on album packages.