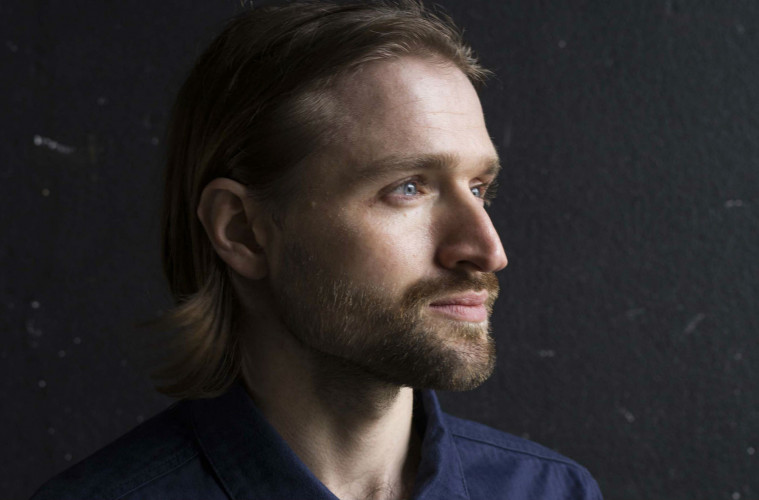 Some say that all it takes for discovery of inner peace is to take a step back and let it come to you, whereas others may say that it requires intense soul searching. For Hayden Thorpe, it turned out to be both. After the break-up of Wild Beasts, Thorpe went on the hunt for inner peace and divine emotion by means of powerful debut album Diviner (out today). Jack Parker called up Thorpe on release day to discuss memory, the manipulation of psyche and the terminal condition that is ego death.

Hey Hayden. How are you?
I’m doing really well, thanks. Release day is always such a long awaited day. It’s always a funny sensation, because the laws of time are different with songs. You spend years working on minutes and seconds, and then you wait months and years to put these minutes and seconds out so that they last a whole lifetime. It’s an interesting contraction of time.

Let’s go back to the moments after Wild Beasts ended. What happened in your world that eventually led up to today?
Strangely, a lot happened on my own. The main sensation of leaving a band is the loss of family, a gang, a fraternity. You spend more time on your own. Memory is so often formed in association with other people; visual and external memories are do different to internal ones. It was a peaceful time, which is within the songs and this internal memory. I guess there was a lot of gathering being done, deciding what my psychological feeling was, and what it wasn’t. You tend to transplant one another’s psyche’s when you’re in a band, but not all of it is yours. You have to regain your own back.

The album, then – Diviner. It’s very fragile, and a world away from the sounds you explored with Wild Beasts. Had there always been a plan to do solo work even before Wild Beasts ended?
In truth there was a secret to my own conscious. We all have audacious ideas about ourselves, but often we have reasons for not doing anything with them. Sometimes they don’t suit the belief systems we live by, and so they don’t emerge. Because of the way things played out in my life it became apparent that this was the only nourishing way forward.

You worked on it with Leo Abrahams. How did he help bring Diviner to life?
He was immensely important in realising the vision in that he not only got himself out of the way, but also got me out of the way. We were both in service to the songs, often trying to fully realise them. A song will be what it wants to be, and often you can contort them into what your ego wants. Leo allowed me to be vulnerable and shed the front, and that made these songs more fragile and revealing. Once I’d made peace with everything I submitted myself entirely to the music. That’s what Leo provided on a more theoretical level, but on a practical level he is a sonic genius. He is well on the way to becoming a visionary, and he’s a true servant to the sonic world. After we finished the album he went to Kazakhstan and Tajikistan, got into a car and a helicopter, and ended up at a festival in the Afghan foothills. He went on a sonic pilgrimage. When you work with someone who possesses that breadth of knowledge, the musical problems you encounter can be easily solved.

It’s interesting that Leo went on such a journey. You never really tend to associate the Middle East with festivals of any sort, despite the amount of traditional music they produce.
In a way, Diviner wad a personal summing of self. You look for a new belief system, and I had this belief that consciousness was external to us. You kind of assume that it belongs to the brain, but I came to realisation that we just receive certain kinds of strata. Music enables us to experience different types of consciousness. The men and women who sing in Tajikistan have a set sequence of melodies and notes which they have learnt alongside a repertoire of poetry. There are no set songs in that culture, they’re just invented on the spot based on what feels right. That was so compelling to me because Diviner was hinged upon intuition. I was aware that any overthought could be quicksand.

At one point you lost your voice due to a throat condition. How did the recovery process help guide the direction in which you took the album?
My throat was pretty fragile for a while, but I still had the impulse to work on songs. I ended up dropping them by a few keys and finding more delicate arrangements. They were more future proofed. I had to lose my voice in order to find my voice; not that it felt poetic at the time, but more confronting. My voice returned just fine, but my psyche had changed and I became more aware. I am very grateful for the gift of the voice and the awareness that my livelihood rests on this connective tissue in the throat.

You describe Diviner as a break up with yourself. Who is the new Hayden Thorpe?
You are only you when you are being you. I do believe that we have many selves, and that the truest self is the one you’re being true to when you are you. I’ve come to realise that we can all be many people, but that we’re just that one according to those around us, and based on our circumstances. That is transformable in some respects. Emotionally, the neural pathway remains and you can only do your best to rework them much as I have done so in some respects. My singing and my writing is the way I manipulate my psyche; you can write yourself into being diviner. I’m defining the boundaries of who I am.

Would you then say that – in a way – Diviner is a love letter to yourself?
Definitely, it’s a self-medicinal record. Another term for Diviner is Soothsayer. It was a message from a sub-conscious place saying that things are cool and that they’re going to be alright. The ego may be wounded, but yet that will heal. Today, the threat of death is dialled down because of the way we live in Western civilisation, but the threat of ego death is terminal and constant. I had to learn to distinguish the two, because to take a non-linear path is to not continue in a successful band. It’s a ‘marked with failure’ path simply because it’s one which doesn’t follow the A-B-C-D steps of bigger audiences and bigger sales as per the culture of excess. I had to make my peace with the opposite of that – the culture of less.

So how does it feel to now be bringing these highly personal songs to such small stages and rooms?
It feels essential, affirming and appropriate. They’re the kinds of gigs that I would love to go to myself. It’s a delicate process between having the assurance of craft and knowing that the work I’m creating is of value. It’s also about being earnest and humble enough. There’s no throne that I’m line to inherit, and there’s no inheritance of audience. You have to summon your all at every point just to be worthy. That’s a strange paradigm to live by, as you are always at the mercy of external input. The belief in songs has transported to essential parts of human behaviour, so anything which gets me closer to that is what I want right now. Diviner is out now.