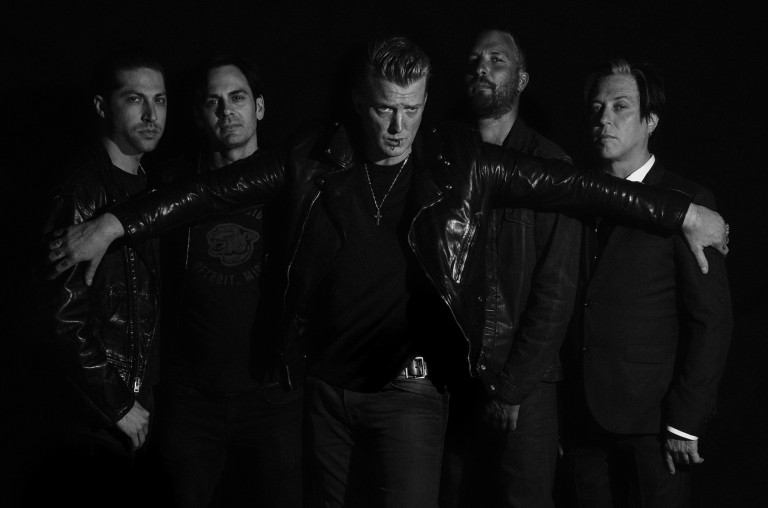 Queens of the Stone Age frontman Josh Homme has been filmed kicking a photographer in the face.

Homme and his band were performing at KROQ’s annual Almost Acoustic Christmas show when the incident took place, with Shutterstock’s Chelsea Lauren feeling the full force of his boot.

In fan-filmed footage (below), Homme can clearly be seen taking a step back and aiming his foot towards Lauren’s lens, causing her camera to whack her face as it hit the ground.

Speaking to Variety from her hospital bed, Lauren stated that Homme’s action were clearly “intentional“, adding a detailed description of the incident. “The next thing I know his foot connects with my camera and my camera connects with my face, really hard. He looked straight at me, swung his leg back pretty hard and full-blown kicked me in the face.” Lauren plans on filing a police report as soon as possible.

It wasn’t the only incident of the night, though. Later on in Queens of the Stone Age’s set, Homme called the crowd “retards“, before visibly making himself bleed with intent. It’s not known if he was under the influence of drugs or alcohol. Homme is expected to make a statement in the coming days concerning his actions.

Queens of the Stone Age’s new album, Villains, is out now.

UPDATE: Josh Homme has released a statement apologising for his actions. He writes: “Last night, while in a state of being lost in performance, I kicked over various lighting and equipment on our stage. Today it was brought to my attention that this included a camera held by photographer Chelsea Lauren. I did not mean for that to happen and I am very sorry. I would never intentionally cause harm to anyone working at or attending one of our shows and I hope Chelsea will accept my sincere apology.”