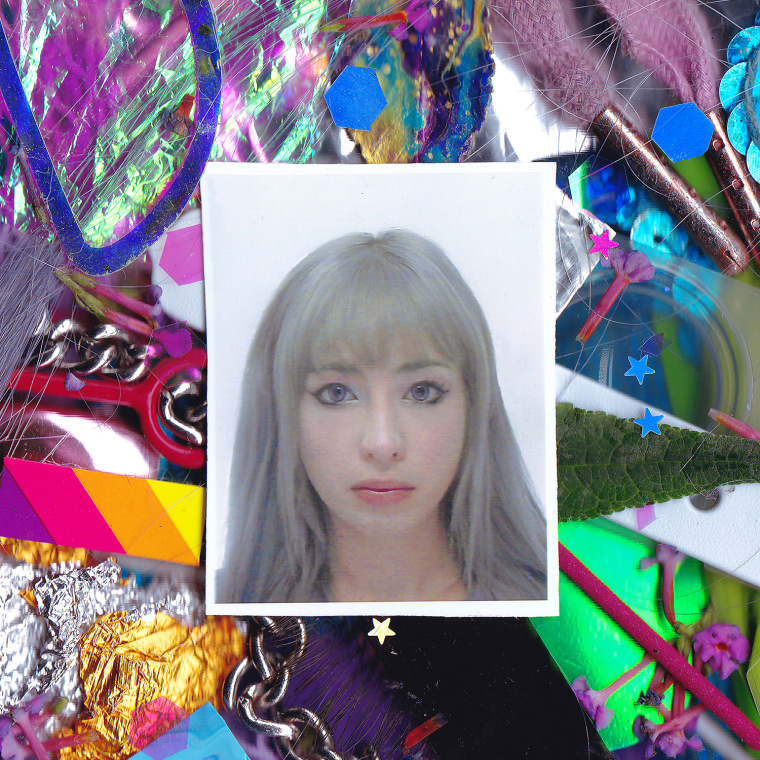 I’m no expert on J-Pop or K-Pop. They are genres I know very little about and have never made a discerning effort to explore. There’s no particular reason for this, it’s just that there are only so many hours in a day. Often it takes that gateway artist, track or album to find your way into a genre. The closest I got was an obsession with Kero Kero Bonito’s 2016 debut album Bonito Generation, which while not being an example of either of those genres clearly contained more than a little influence from both. Its squeaky clean, wholesome content felt like a counterpoint to the give-a-fuck rock n’roll attitude. It approached issues such as mental health with an accepting, attitude stripped of ego and pretence. Some mistook it for vapidity, but its subversiveness was in its lack of bullshit. It was a unique, genre-bending, confident album which turned a lot of people onto them for good reason.

Perhaps to alleviate the pressure of the difficult second album, there was no release date announced for Time ‘n’ Place. Only a number of tracks appearing in advance and the TOTEP EP earlier this year were there to whet people’s appetites and know that it was on its way. The sound and aesthetic had changed. Gone was the squeaky clean KKB and in its place was a looser, grungier version with enough of the original to make you wonder how far the album would take things. You Know How It Is from TOTEP in particular felt very far removed from the KKB of old with its distorted guitars. However, such was the strength of their debut and the respect in their abilities it gave you, you could even entertain the idea that these tracks were something else entirely, a red herring for yet another change.

The album itself ended up dropping on October 1st with little fanfare and clocking in at a brief 33 minutes. Opener Outside made clear that things were different, opening with distorted guitars, pounding drums and wild synths flying through chord changes with reckless abandon. It made it clear things had changed. It’s not until frontwoman Sarah Midori Perry’s melodic voice cuts through it all that it becomes clear this is the same band. However just as you’re settling into this rock sound, the track’s second half closes out with an unexpected staccato chopped segment before settling on a delicate easy-listening soft-synth finale which ends as sudden as its transition. In lesser hands, these elements may have sounded sloppy, or unfocused, but somehow KKB make it feel right. It sounds like the best sides of Beck and Deerhoof back before they played things so safe, managing to make weird combinations of sonic ideas completely natural. There’s an exciting experimentation to it; song structures which stop unexpectedly and almost impatiently. They’ve got too many ideas – this is ADHD KBB. The lead tracks for the album made clear that the sound was going to be a bit less sterile, but the sheer boldness of this intro is exhilarating and really sets the band apart from their peers on another level. It’s not a complete departure from the previous sound, it’s clearly still the same people, but it manages to throw away some of the particular niches that made them so unique and replace them with entirely new ones.

Time Today and Make Believe were released in advance of the album, feeling like gateway tracks to this new sound in retrospect. Each is amazing in its own way, and enough to build hype and expectation for the new album. Yet, their straightforwardness becomes the exception on the album itself. Only Acting was the only track which really made the statement that things were to change and reveal some of the underlying chaos. Who knew this would be a band flirting with a Weezer-sized guitar solo? Flyway, which follows it, is the most down-the-line indie rock song on the album, the sort of track that feels like it could have come from a completely different Britpop band twenty years prior if you didn’t know otherwise. It isn’t all grunge and guitars though, as there’s plenty of sonic dynamics throughout from the campfire singalong of Sometimes to the dreampop vibe of Dump. There isn’t a duff moment on the album, but with its wild style it’s runtime works in its favour. Time ‘n’ Place is brimming with ideas and styles, almost acting as the opposite of the album which preceded it. The fact that they pull it off is a testament to just how good this band actually are. This new direction will not be for everyone, but this is not the album to propel them commercially; it’s more than that. It will leave some fans behind but will make even more in the process. The most difficult task of a second album is to prove that the first one wasn’t everything that there was to them. In that sense, this album proves that could not be further from the truth. Time ‘n’ Place is out now.