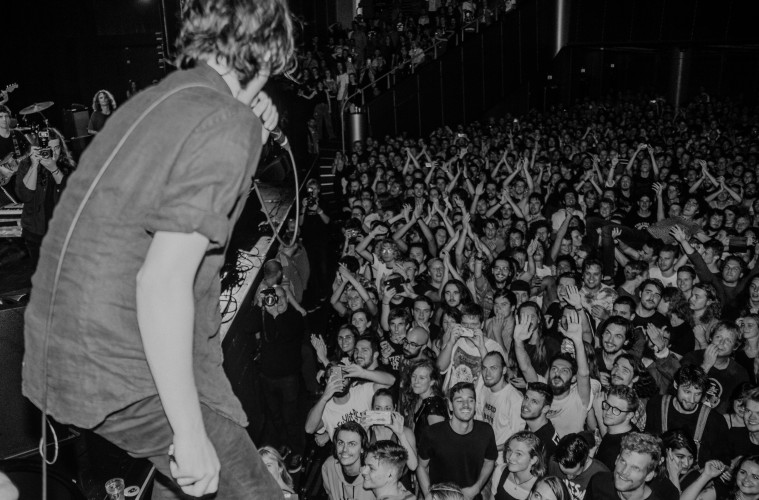 King Gizzard & the Lizard Wizard’s Chunky Shrapnel: The Honesty Behind A Musical Phenomenon

If you had the pleasure of attending any of King Gizzard and the Lizard Wizard’s shows last year, you may have noticed a masked man roaming the stage with a big, battle-like camera setup. Fast forward a few months, and the obscure mystery is revealed as a documentary about the band’s European tour. Chunky Shrapnel was set to have a theatrical release, until the COVID-19 pandemic hit and turned the world on its head.

17th of April 2020  – we’re in the thick of it all, and so the laptop replaces the cinema screen. Chunky Shrapnel is only available for 24 hours, and you can tell by the colours, subtle sounds and wide shots that it would have graced a cinema screen marvellously. However paradoxical, an intimate online release feels slightly more fitting, as it brings the band so much closer to the audience. In a way, the whole documentary is an attempt at humanising the phenomenon King Gizzard & the Lizard Wizard have rapidly become. You see never-ending rooms filled to the brim with enthusiastic fans and you wonder what it feels like for the musicians on the stage. As it turns out, they’re as normal as ever. The backstage moments are not extravagant rockstar revelries, but rather calm interludes between friends – skateboarding, sleeping and making even more music. 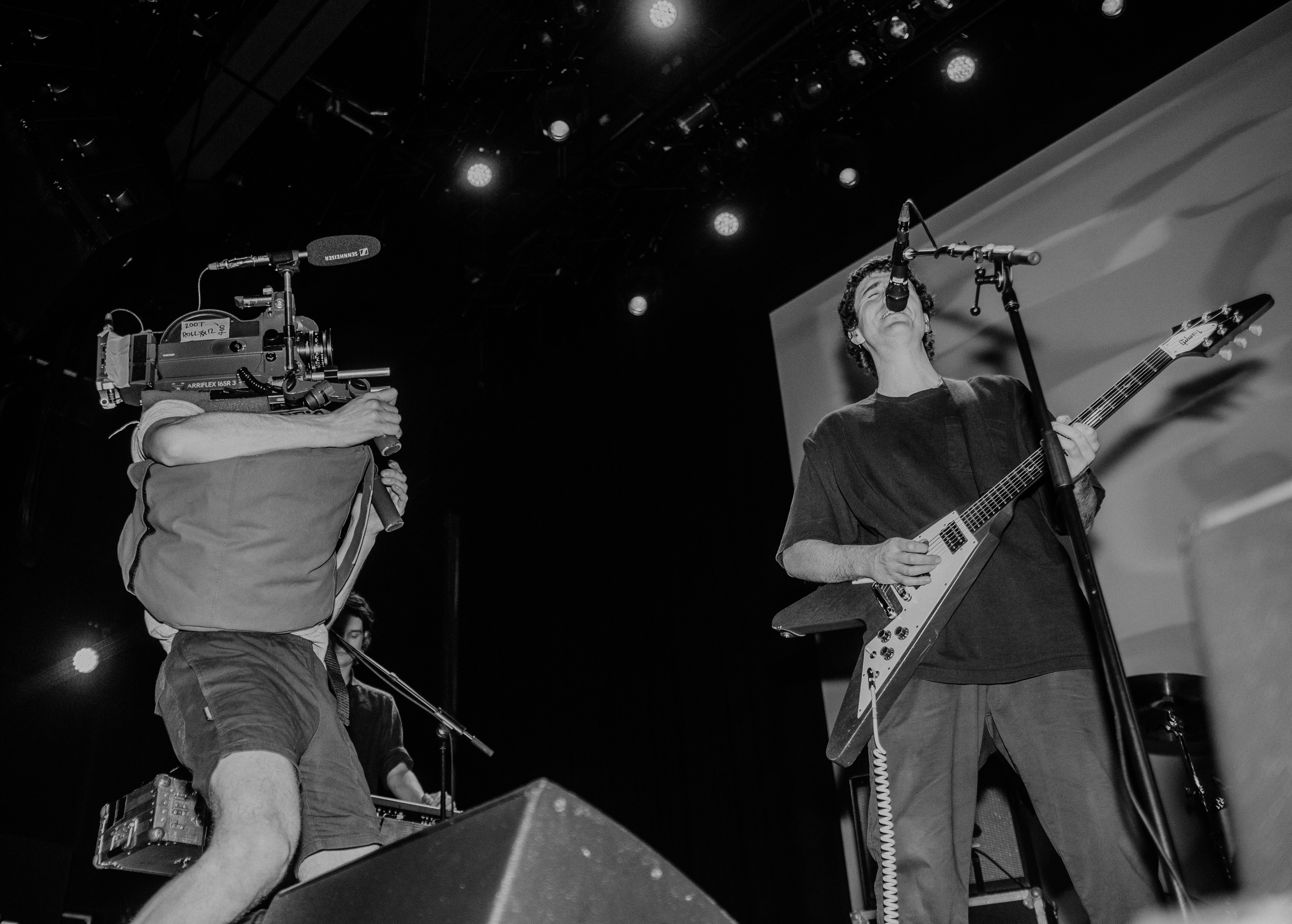 At a quick glance, Chunky Shrapnel is a collage of live performances and new, yet-to-be-released musical experiments. It jumps from track to track, city to city, moshpit to moshpit in a seamless flow of light and sound. It gets so close that you can almost taste their sweat, and that’s when you get to its depth: the portrayal of a snapshot in their lives. It’s a clear sequence of their lives, as transparent as it can be. They never address the public, never making a spectacle out of it. And even when talking to the camera, it’s only to crack a joke with the cameraman.

It’s such a stark contrast between the monumental size of the concerts and the people carrying it out. Small actions like changing a camera lens or following around the technicians and drivers makes it such a humane, almost ordinary representation. The end sees support acts Stonefield and ORB joining King Gizzard on stage, jamming and crowdsurfing in a medley of joy. Such a sight reveals the togetherness of their community. Maybe that’s why Chunky Shrapnel feels so optimistic, especially in the current circumstances. We might not be carrying each other’s dirty shoes in a moshpit, but we’re as close as ever, tied together by the dream of returning to the normalcy of going to a gig, making friends and celebrating music. Ingrid Enache.