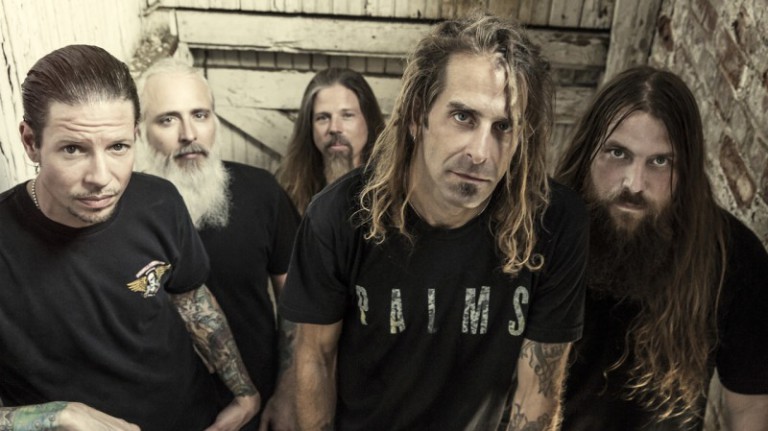 Lamb of God’s Randy Blythe Speaks Out On Gun Control

Lamb of God frontman Randy Blythe has spoken out on the difficult topic of gun control.

In a hard-hitting and lengthy Instagram post, the vocalist expressed his feelings on gun violence and control in the wake of last week’s horrific shootings in Florida, which left seventeen dead and dozens more injured.

Taking to the social media platform, Blythe wrote: “2.15.2018 No more “thoughts & prayers”, please. You can take those & put them towards something that only God, fate, random chance, the universe, whatever you believe/do not believe in can affect- they might do some good there. Instead of “thinking & praying”, here’s a CONCRETE ACTION you can take- you can contact your legislators & DEMAND that there be some reasonable, common-sense gun law changes. DEMAND IT, & KEEP DEMANDING IT. Most of the American people, including a lot of gun owners, want this. Why isn’t this happening? How many more kids have to die until WE THE PEOPLE get fed up enough to force the government to do something? The time for “thoughts & prayers” is long past- it’s a slap in the face of people who continue to die as a result of crazy people armed with LEGALLY obtained high-powered semiautomatic weapons, weapons that are designed for JUST ONE THING- killing human beings. I grew up in the country, with guns in the house- these were shotguns, used for hunting. You don’t use an AR-15 for hunting deer, you use it for hunting MEN, or (apparently) CHILDREN.”

He continued by linking it to last week’s horrific events in Florida, writing: “The lunatic shooter in Florida is 19 years old & can’t buy a six pack of beer by law because our society doesn’t believe he is mature enough to handle it, but he LEGALLY obtained a deadly weapon of war designed to inflict as many casualties as possible from a single person wielding it, & he used it to wage war on CHILDREN. What does this tell you about American society? Some people don’t like the term “assault rifle.” Ok, cool- why don’t we call them “Kid Killers” then? Is that a little better? Can we get a little KID KILLER control happening? Is it still “too early” to start talking about getting these KID KILLERS off the streets? Are the students who survived the massacre in Florida & who are publicly begging us, the adults in charge of things, for gun law reform “politicizing” the whole thing? Is it “too early” for THEM to bring it up? Should we just tell them to shut up because they are children & don’t understand adult matters, stuff like why crazy people can easily buy assault rifles & then SHOOT THEM DEAD in the classroom? NO MORE THOUGHTS & PRAYERS- THEY AIN’T WORKING.”

The topic of gun control and the violence associated with weapons in the United States has been a hotly debated topic for years now, with last week’s events in Florida throwing the discussion open even wider. What do you think of Blythe’s post? Let us know.