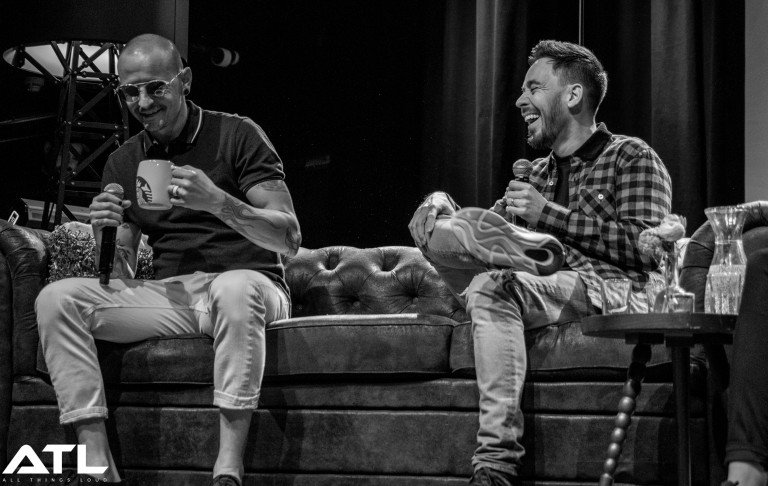 Chester Bennington and Mike Shinoda during a press day in Amsterdam this year. (c) Jack Parker

New album One More Light (out 19 May via Warner) is a far cry from the band’s older work, focussing on stellar pop-driven tracks which feature collaborations with the likes of Pusha T and Stormzy.

Speaking to Music Week, Bennington said: “We were asked, ‘What do you think of people who say you sold out?’ I don’t care. If you like the music, fantastic. If you don’t like it, that’s your opinion too. Fantastic. If you’re saying we’re doing what we’re doing for a commercial or monetary reason, trying to make success out of some formula… then stab yourself in the face!”

He continued: “When we made Hybrid Theory, I was the oldest guy in the band and in my early ’20s. That’s why I guess I’m like: ‘Why are we still talking about ‘Hybrid Theory’? It’s fucking years ago. It’s a great record, we love it, but like, move the fuck on. You know what I mean?”

Listen to Battle Symphony below, and read our recent discussion with co-frontman Mike Shinoda here.