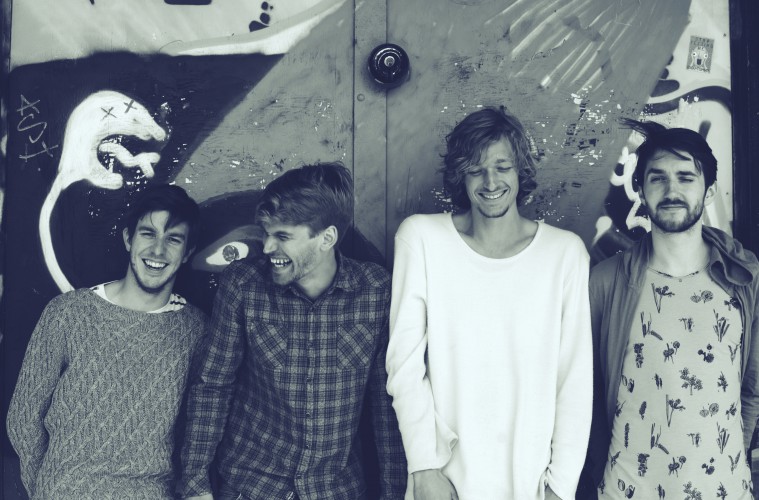 Matt Winson Talk Us Through Their New Record, Woodfalls

A few weeks ago, we called up Dutch folk-pop outfit Matt Winson to discuss each and every track on their new record Woodfalls. Read on below to find out what band member Matthijs Steur had to say.

PROLOGUE
The album consists of eleven songs and the first one is the Prologue. It’s actually a vocal quote referring to the song “Woodfalls”  that appears later on the album. On the A-Side of the LP you start with just vocals, and on the B-Side you hear the same vocals but then in a full-sound song.

THE RIVER
The River was Woodfalls’ first single. It’s a song built around piano and trumpet, and when our drummer Thomas heard the piano piece for the first time he called me to say that the lyrics had to be about a river. It’s a story about a relationship between two people that is changing, and even though they decide to go apart they’re okay with it because they know it’s mutually beneficial. It’s optimistic and sad at the same time.

HOLD ON
This song is about the European refugee crisis, and it’s the first time on the album where you hear a banjo. We have a guest musician on the track as well, playing an old Chinese string instrument called the Guzheng.

WHY?
Why? was released a week prior to the album, and the song’s main character is questioning why he’s still making the same mistakes over and over again. The song starts out with a nice violin solo.

SLEEPLESS NIGHTS
This is a piano song with a bombastic trumpet outro. In the background you can hear the Solina, a Dutch vintage synthesizer from the 70’s. The lyrics are about the thoughts that appear in one’s head when he or she can’t fall asleep.

DURANGO
Inspired by a road trip that Pieter and I once made across the United States, and named after a small town in Colorado. It’s an instrumental piece with a countryish atmosphere and could fit well in a Western movie, with slide guitars and a blues harp. This song concludes the first side of the LP.

WOODFALLS
When you flip the record you start with the title track, Woodfalls. For us it’s more or less the song that creates a bridge between the two styles that we play. On one side we have uptempo banjo songs, and on the other we have dreamier, atmospheric piano pieces. The lyrics also refer to the rest of the album. Woodfalls are pieces of wood which end up in the sea, and once there they create new life for organisms due to the fact that the wood is dead. It’s a metaphor that relates to all the songs on the record.

INTO PIECES
Into Pieces was created by Pieter and Thomas, the two brothers in the band. They came up with a jolly banjo line and catchy chorus, and it became a love story about two people in a very boring town who meet each other and are ready to start the rest of their lives.

HISTORY
In this song I question why people think too much about what happened in the past instead of just going on with their lives. When we play this song live it’s more of a banjo song, but on the recording it has a different feel because we used a 12 string guitar instead.

CITADEL
The first layers of this song were written in Budapest at the citadel which looks over the entire city. It’s actually about an interview I saw on television with a girl who knew she was going to die. The story is about how she proceeds with life even though she knows it will end soon. It’s the longest song on the album, as we really take our time for the story, and probably our most experimental song. For instance, there’s a Hurdy Gurdy on it, which is a mysterious medieval instrument, and some Drum’n’Bass samples.

YOUR IRRATIONALITY IS MY BEST DEFENSE
Named after the album’s artwork. It’s more of a solo song with only vocals, a guitar and a cello. The song questions what’s going on in the head of terrorists and if it’s fair to blame anyone, or if there are things we can do to make it better. It’s very heavy lyrically, but we think it ends the album in a nice way.