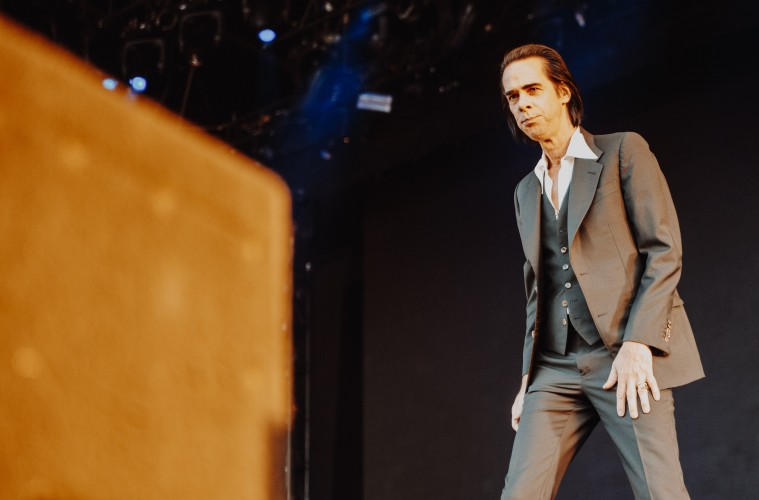 Nick Cave has announced details of his very own Danish exhibition.

Stranger Than Kindness: The Nick Cave Exhibition serves as a “journey into the creative world of musician, storyteller and cultural icon Nick Cave”. Set to run at the Royal Danish Library from 23 March until 2 October 2020, the exhibition will bring together large scale installations and atmospheric installations with hundreds of artefacts from Cave’s personal collection, as well as his archive in Melbourne, collections by the Royal Danish Library, and selected private lenders.

The exhibition – developed and designed by Christina Back, among others – will present more than fifty years of Cave’s life, centring on his inspirational work in a “spatial, multi-sensory exploration of his many real and imagined universes”. Pieces including original artwork, handwritten lyrics, literature, photography, videos, set designs, and collected personal artefacts will be put on show in a shifting, immersive narrative across eight rooms.

Stranger Than Kindness intends to explore what shapes us as human beings and makes our live follow the paths they do, celebrating this curiosity and the power of creative spirit. The Royal Danish Library will curate and produce the exhibition alongside the Australian Music Vault at Melbourne’s Arts Centre. The accompanying soundscapes were composed and recorded by Cave himself, together with Warren Ellis.