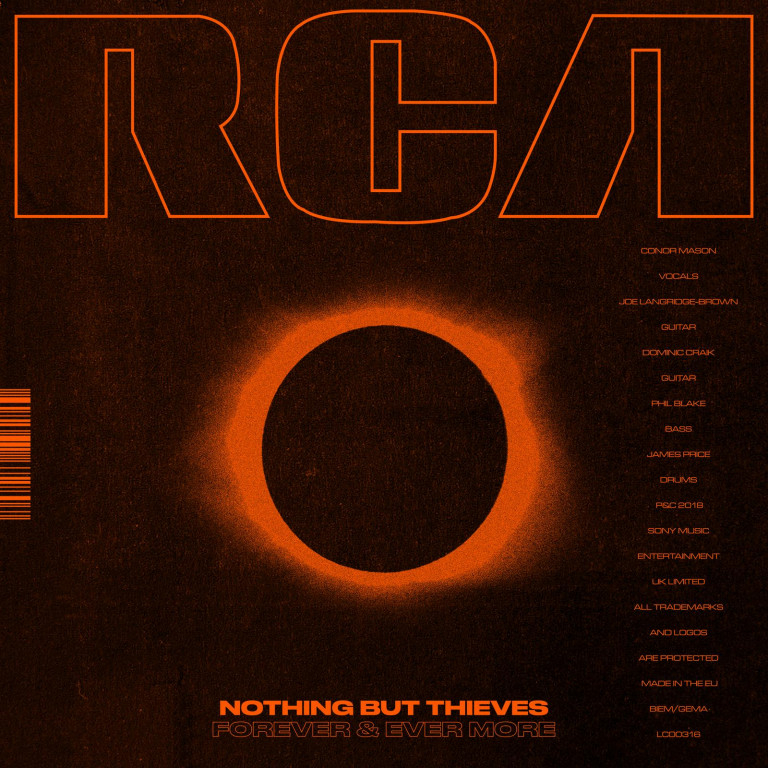 Nothing But Thieves’ What Did You Think When You Made Me This Way?: A Perfect Stopgap

It’s been a little more than a year since Nothing But Thieves‘ critically acclaimed sophomore album Broken Machine saw the light of day, its album campaign spanning upwards of 150 headline shows, festival sets and a brief stint supporting Muse down under. Now, with touring for the record slowly drawing to a close, Conor Mason and co. have emerged with a small treat for fans. A stopgap, if you will, in the shape of four-track EP What Did You Think When You Made Me This Way? Its announcement came seemingly out of the blue for fans still engrossed in Broken Machine, but it also served as a reminder that there is little to stop the Southend quintet from bringing out new music.

The EP is spearheaded by vigorous lead single Forever & Ever More, a short-but-sweet slice of gritty alt rock which takes its sonic cues from Queens of the Stone Age and filters them through a radio-friendly sieve, leaving only the best bits whilst still retaining that classic layered Nothing But Thieves sound. Take the interplay between guitarists Joe Langridge-Brown and Dom Craik as a prime example of this, their guitars intertwining whilst bassist Phil Blake and drummer James Price provide a solid foundation for it to build on. Frontman Conor Mason’s vocal delivery is solid as per usual, his tone willing and confrontational in equal measure as he sings of love’s vampiric nature (something fans took quite literally). Gods serves as the oldest track on the EP, its existence dating back to sessions for the band’s 2015 debut album. Not that this should be an indicator of the track’s quality though; on the contrary, it’s lyrically darker and musically heavier than anything we heard on their debut album. Just take its lyrics as an example of this: Mason sings of hierarchical power struggles, using religion as a clever metaphor to highlight the omnipresence of higher political figures in society (“they put our kids in cages”). His musings are cloaked in mystery, and the rest of the band provides them with a suitably dark instrumental backing. There’s a catastrophic drop towards the end which sounds like the sonic representation of everything falling down around us, and it’s an apt finale for a track which questions why “gods are all around, in the cloud and on my television”.

The EP also features the sparse You Know Me Too Well, and it serves as a somewhat lighthearted (emphasis on somewhat) faux love song which strips back the musical bombast and instead allows for Phil Blake and James Price to shine. You could almost call it an anti-love song, as the lyrics are open to plenty of interpretation. “I want you all for myself, oh but you know me too well” is a vital lyric, delivered with utmost casualness by Mason as he further shifts his gaze towards a “filthy, impetuous soul“. The entire track operates on a laid back wavelength, something emphasised by an almost groovy, Queens of the Stone Age-lite solo halfway through. Said solo contains just enough groove to carry the entire song, doing so in sublime fashion. Final track Take This Lonely Heart marks the last of three previously unheard tracks on the EP, coming in with subtlety but eventually hitting hard both musically and lyrically. Mason seems to sing of the struggles faced by touring musicians in a world where mental health has never taken more of a toll on the soul, and you can hear defiance embedded within his fragility. “I’ve got a hunger that you will never taste” he wails over clattering percussion and fuzzed out guitars, likening the hole in his chest to a hole in the sun as he hammers home a noteworthy point: “I’ve got a message that you can’t ignore, maybe I’m just not the man I was before”. He delivers this line with so much effervescent power and emotion that you’d be forgiven for forgetting that he didn’t even write it (guitarist Joe Langridge-Brown is the prime lyricist). Take This Lonely Heart is a powerful missive, and its lyrics (potentially some of Langridge-Brown’s best to date) serve as a stark reminder of the struggles one faces when your life revolves around tour buses, vans and big stages; the biggest one being loneliness. Its finale is brash and intense, calling the curtain on an EP where every track is just as strong (if not stronger) as the one that came before it. Where Gods and Take This Lonely Heart centred on melodramatic instrumentals and deep lyrics, You Know Me Too Well and Forever & Ever More focussed on the interplay between love, lust and human emotion. The two sets of songs go hand in hand to present an EP which serves as the perfect stopgap between last year’s Broken Machine and whatever the band have up their sleeves for the future. Whatever it is, it’ll undoubtedly be nothing short of emotionally impactful, sonically intricate and commercially successful. What Did You Think When You Made Me This Way? is due on Friday (19 October) via Sony/RCA.

Note: a previous version of this article discussed the songs in random order. This has been amended to suit the official tracklist.