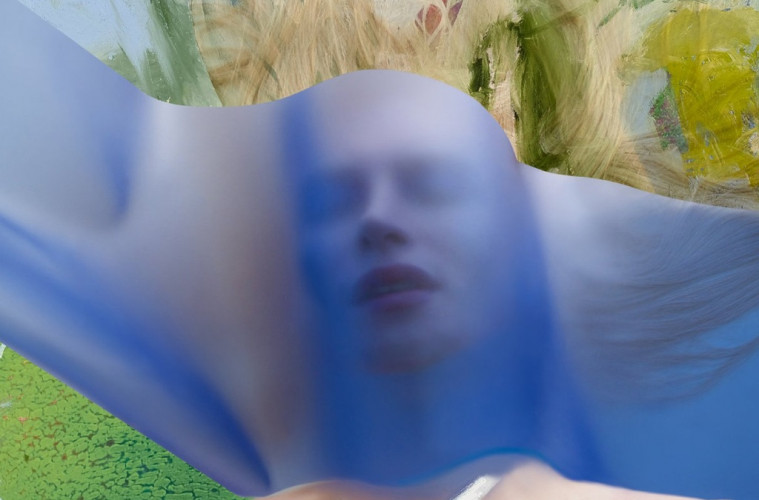 It’s been a few months since the last edition of Sculpted Silence, so what’s been going on? Not much? Just the usual? The complete collapse of civilization? As we scroll with utter despair through live news feeds or look askance with horror at suited men counting the dead with half a smile, it seems the perfect time to bring some ambient back into your life. Ambient has very much outgrown its earliest ‘background music’ definition, but its ability to relax, calm and quell is unmatched. So when the fear takes hold and that sinking feeling slaloms without remorse through your body, sit back and have a listen to some of the best ambient released between January and April.

Album of the Month(s)

Released in March, Fountains is the debut release by Berlin-based artist Lyra Pramuk. Created solely from her voice via an inventive series of manipulations, Fountains is a sonic marvel, a record that sounds completely unique – at once totally alien and deeply intimate.

Pramuk’s voice is of course the star of the record; each note you hear, every sound that hits you like it’s been beamed from an unknown cosmos, has been fashioned from vocals. Using digital and electronic manipulation, Pramuk’s voice is used to create a kaleidoscope of sounds – synths, drones, percussion; they all have their origins in Pramuk’s pipes. It creates a beguiling sensation to the record, an otherworldly feeling as your brain attempts to processes how the twirling, synths of Mirror are not just that, but are in fact vocals brilliantly altered beyond perception. The album opens with the 7-minute Witness, where a barely billowing soundscape complements a gutturally refined vocal, as keyboard-like textures dance around the edge. It’s a magical opening, a sense of awe at the seemingly multi-instrumental beginning is really just vocals, twisted into new forms. Gossip is techno refracted through abstract vocalism, and the range of Pramuk’s voice is stunning, as is her sonic manipulation. The ‘drums’ pound with loving persistence as the wordless vocal draw into the track’s intoxicating rhythms.

The use of vocals is not a simple look-at-me experiment, although they certainly are a bold artistic statement; the vocals are a fundamental aspect of Pramuk’s conception of Fountains and perhaps of music itself. Fountains offers an intellectual, if elliptical, take on intersectional experience and the fluidity of relationships between social groups and social norms, perception and actuality. The vocals on Fountains are, literally, everything; the variety of tones and timbres, rhythms and patterns, all flow from a single foundation. The sounds of percussion and synth, while individuals on most records, are profoundly intertwined on Fountains, and allow Pramuk to offer a sense in which she perceives how interconnected our unique individual experiences are, and the utter fragility of our artificial separations.

Endless Melancholy – A Perception of Everything

A Perception of Everything is seventh album by Oleksiy Sakevych under his Endless Melancholy moniker. The record marks a shift away from the more tightly composed Fragments of Scattered Whispers, toward a field recording improv-flecked minimalism. A focus on synths and loops, rather than pianos and strings, gives the record a wonderfully sonorous quality. The tracks bleed beautifully into one another, creating this sense that you are being sucked into Sakevych’s world. Whether it be the delicate, coiling synths on Damaged or the sunken glow of (the appropriately titled) As the World Quietly Ends, this a record to bathe in.

Rushing is the debut release from Bristol-based composer Lucy Gooch, and it’s remarkably assured and brimming with often breathtaking intrigue. Centred around Gooch’s ethereal but never glacial vocals, her voice is filled with angelic warmth that chimes with perfection to the luminous lush of record’s instrumentation. Rushing is nice mixture of pure, redacted minimalism, such as the two note oscillating vocal and the subtle shuddering drone of Stalagmites & Helicities. Or the flighty swirls of reverb-drenched vocals on Rushing underpinned by slyly complex synths that anchor the vocals. This is a beautiful debut release from an artist that could be ambient’s next breakout star.

Since its earliest iteration, ambient has consistently been defined by the idea of concept – as explicitly representing an idea, space, or journey. The new collaboration between 36 & zaké is an exquisite example of this tradition, as Stasis Sounds is a “soundtrack that commences at Earth’s thermosphere, gently moving towards the untraveled parts of space, lushly floating on forever.” This is a record that evolves slowly, like water gently trickling from a glacier, drawing the listener in to get lost in its subtly epic scope. The gleaming tape loops, the thoughtful synths that stretch tantalisingly into the infinite distance, Stasis Sounds feels like stepping into the turn of Earth.

Ancestral Origins is the debut release by Joanne O’Keeffe, aka Minimal Drone GRL, and it’s a delightfully sprawling, totemic mash of ideas and sounds, rhythms and tones. Connected by a series of field recordings, most notably a long train journey, the songs on Ancestral Origins are glued together by an impressionistic narrative, never codified but always moving forward. There’s a deep emotion here, the extensive field recordings showcasing a desperate desire for belonging in a place where rejection reigns. However, hope is the overall sense the record leaves you with, either through the gorgeous, bubbling electronica of Nostalgia Echoes or Spirit of Kolus, a delicately heartfelt ode to the First Nations of British Columbia, where traditional sounds are presented without conceit but as the curiously beautiful music it is.

Emily A. Sprauge, with the wonderfully incandescent Hill, Flower, Fog. Recorded over a week in March, it serves as another example of an ambient artist responding to COVID-19. Playful, lunar synths continue Sprauge’s evolution from the brooding soundscapes of Water Memory. Hill, Flower, Fog is built to soothe, to wrap mind and body in cloths of calm. Moon View’s repetitive, rhythmic popping synths contrast nicely with the floating, celestial minimal drones and star-soaked keys of Woven. Sprauge is an ever intriguing composer, and Hill, Flower, Fog imbues her minimalist take on modern ambient with sophisticated ideas of connection and its sudden, traumatic removal, but she does so with a sonic buoyancy.

Bandcamp are very generously offering one day a month in which they waive their fees for artists whose livelihoods have been handed a swift one to the jaw by the COVID-19 crisis. Here are two of the best releases from March’s Bandcamp Friday.

Sarah Davachi is recording EPs especially for each Bandcamp Friday, and Horae is the contemplative first. A home recording, Horae is a step away from the intricately classical compositions of Pale Bloom, and is based around sparse drones and speckles of tape echo. It’s difficult not to view these releases as direct responses to lockdown, even if to do so might be ultimately reductive, but it’s hard to not to hear the desperation in the understated varying tonalities of Carpo. The way the drone moves subtly up the octave is to feel fear plunging through bodies. Or on Dysis where the nominal synths echo in the distance you can experience the feeling we are searching for, that sense of equilibrium in the days of normalcy, where things were never perfect but at least they were.

This album by Dennis Huddleston is more explicitly a response to the global lockdowns, and Music for Isolation is a self-consciously plaintive set of songs. Recorded over a few days in March, Music for Isolation is to be played on headphones as the clock ticks towards midnight as you feel the jagged throbs of anxiety building up inside you. Let it drift away amongst the gorgeously melded synth and strings of Part 1 or the static soaked, immersed choir hypnotic sounds of Part 3. This is a short, very necessary record that offers the sublime with lightest tools.