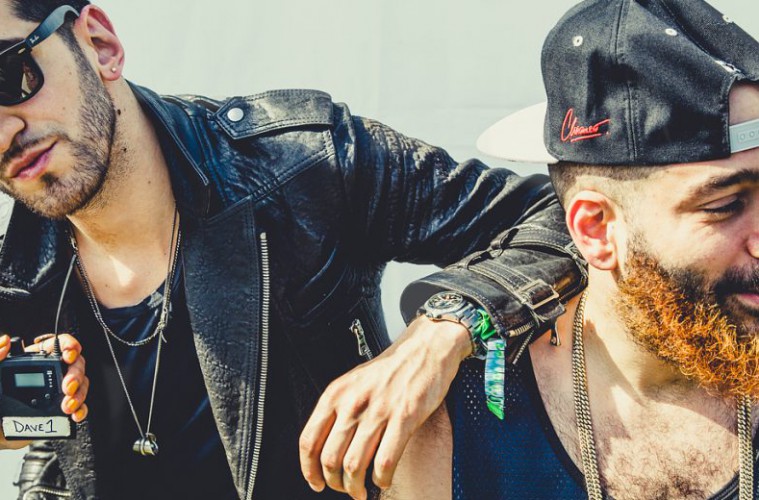 It’s mid-June, the sun is shining and the summer is well and truly around the corner! We’ve got three new albums for you this week which should serve as the perfect soundtrack to your weekend, from pop punk and summery disco to dream pop.

Funklordz Chromeo are back! Head Over Heels is their first full-length studio album since 2014’s splendidly groovy White Woman, and it’s a welcome return to form for a duo who were a couple of years short of sinking into irrelevance. Over the course of Head Over Heels’ twelve songs and 43 minutes, Dave 1 and P-Thugg take the listener on a glossy journey through space, time and funk by means of swashbuckling melodies, airtight vocals and enough slap bass to put Larry Graham to shame. The record kicks into gear from the off on the DRAM collaboration Must’ve Been, which carries with itself an effortless sense of funk and RnB sheen. “One night with you and I went through the roof” sings Dave-1 about one of his many romantic conquests, something which is a recurring topic throughout the album. And as it should be, because it’s the one thing which Chromeo do best: sickly sweet love songs lathered in gallons of funk. Album highlight Bad Decision is an impeccable slice of cowbell-infused slow disco, utilising wobbly synths and a chorus fit for the largest rooms. Lead single Juice is another equally catchy cut, and it’s essentially Chromeo-by-numbers. Not that there’s anything wrong with that, though, because a by-numbers Chromeo song is one of the best things your ears could possibly encounter. The rest of the album is littered with tracks which flitter between classic Chromeo and new territory, among them the irresistible Slumming It, Amber Mark collaboration Just Friends and album closer Room Service. All three are perfect examples of Chromeo’s endless abilities, all of which centre on one thing: making you groove. If Head Over Heels doesn’t get your hips swaying, then you need to have them replaced. Head Over Heels is the All Things Loud Album of the Week 9/10

Last year, Melody Prochet’s future as Melody’s Echo Chamber was put on hold following a serious accident which left her with broken vertebrae and a brain aneurism. It’s an incident of which the specifics are still unknown and which will probably remain that way for the foreseeable future. Now, though, she’s back on the mystifying Bon Voyage, the dreamy sophomore effort which was all ready to go before her accident. It’s hard to tell if the album went through any changes following Prochet’s recovery, but it’s safe to say that the bulk of the music was already in place, raring to go. It opens on Cross My Heart, a spaced out folk odyssey featuring a flute solo, interspersed hip hop beats and fuzzed out guitar-laden second half which comes close to contemporaries Pond and Tame Impala’s early work. Prochet’s vocals sway in and out of consciousness like a fever dream, confusing the listener from the word go with her airy tones. Comeback single Breathe In, Breathe Out is short but sweet, utilising wispy synths and a lilting melody, both of which underpin Prochet’s hypnotic voice. It makes for enchanting listening, much like the rest of the seven track record. It all clocks in at a mere 33 minutes, exploring multiple musical landscapes in the process, among them Desert Horse‘s autotune-laden Microtonal overtones, Var Har Du Vart‘s layered harmonies and mesmerising finale Shirim. It’s the final track on an album which feels like multiple journeys combined into one long trek, a trek you wish would never end. Oddly enough, though, Shirim (“songs” in Hebrew) feels like the right place for this album to an end. It’s a grand moment of introspection, and it leaves the door well and truly open for Prochet’s future releases. Bon Voyage is a tasty slice of dream pop perfection, yet at the same time it is much more than this. It’s up to the listener to delve deeper and uncover the hidden meanings, though, because there’s plenty to be digested. 8/10

Bands like Mayday Parade are a rare breed. They’re one of the alternative music scene’s few consistent bands, putting out solid albums year after year to critical acclaim. Yet still they find themselves pigeonholed as a band of introverted balladeers who don’t rock out enough. If the start of new album Sunnyland – their Rise Records debut – is anything to go by, then Derek Sanders have found their mojo and kicked everything up a few notches. Opener Never Sure is a powerful pop-punk banger which maintains an impressive pace throughout, whereas the punchy It’s Hard to Be Religious When Certain People Are Never Incinerated by Bolts of Lightning carries with itself a sense of reckless abandon coated in anthemic choruses and killer riffs. The aforementioned doesn’t intend to suggest that Mayday Parade have completely ditched their thoughtful balladry, though; just take delicate lead single Piece Of Your Heart‘s acoustic strums and piano lines as a good example of this. There’s even some “whoah” chants throughout which sound like something Chris Martin would be proud of. Is Nowhere is one of the darker and heavier tracks on the record, whilst Take My Breath Away and Where You Are continue the balladry procession. Sunnyland is a record of contrasts, often flittering between upbeat, fast pop punk and introverted personal ballads. It’s a good contrast to have for a band like Mayday Parade, and on Sunnyland they get the balance just right. 7.5/10