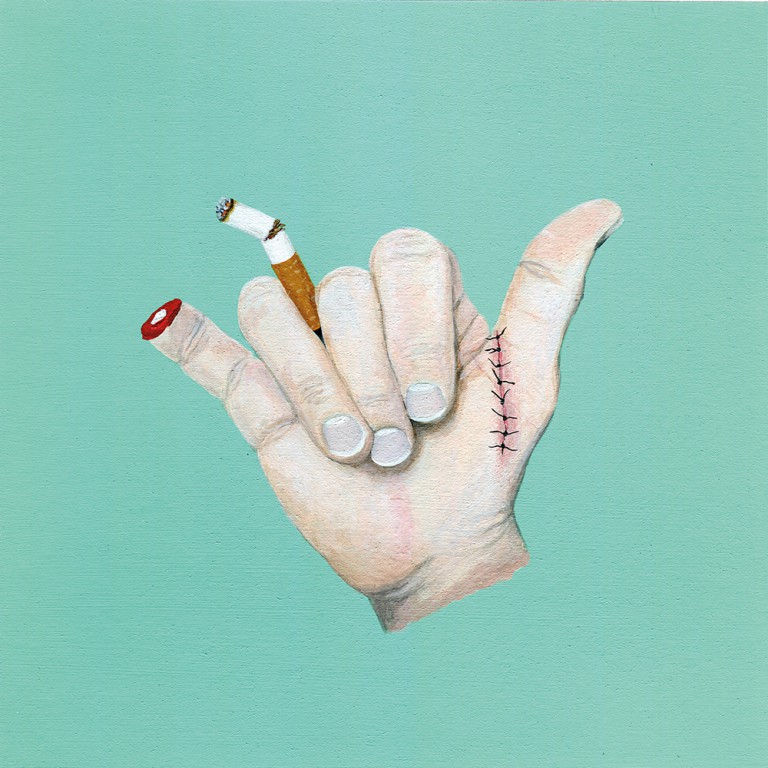 Though there are plenty of examples to the contrary, a band featuring members of the same family doesn’t have to be a bad thing. For every Hanson, there’s a Jackson 5. When it comes to emo, the Kinsella’s have been hugely influential with everything they’ve put their name to. Whether it’s Owls, Cap’n Jazz or American Football, the intricate guitar work and odd time signatures are their calling card and have ended up with incredible results. Tiny Moving Parts consists of three members, two of which are brothers and the other is their cousin. Their frontman is a guitar virtuoso whose playing is the main reason for their math-emo title. Despite these uncanny similarities and unquestionable influence, there’s far more to Tiny Moving Parts to justify your time.

Swell is their fourth album and doesn’t change the dynamic massively from what’s come before. There’s a slant towards some pop-punk elements, giving these tracks a bit more widespread appeal than what’s come before, but the progression is within a natural limit of progression. If their third album Celebrate brought them to the attention of many, this may well be the one that gives them enough of a personal identity to dismiss those previous comparisons. The only downside, though, is that it does increase the validity of the comparisons to pop-punk acts like Blink-182. In such a crowded landscape, there’s not a lot of space for something that’s new.

This isn’t an album to dwell in your negativity with, and album opener Applause captures an Adebisi Shank level of forced euphoria that demands you to pay attention to its relentless positivity right from the start. It avoids diabetic saccharine levels with self-reflecting lyrics that explore some darker themes but with a generally positive outlook. The contrast of delivery and lyrics is something the band have been known for in the past, but with the positivity in the sound becoming more prevalent with each release, it inevitably makes these themes feel increasingly contradictory. This is a good thing, and it creates an odd beauty to it all.

Lyrically they convey their messages through stories like Warm Hand Splash looking through the eyes of a piece of trash at the bottom of a wishing well that adores a coin, which someone eventually gets taken, leaving the trash alone and heartbroken in the dark.  With the positive tone, it sounds more like they’re trying to get you to live in the moment and enjoy the experiences while you’re in them. It causes you to extrapolate meanings like this and think of these songs like parables.

Swell is relentless and exhausting in its pace. Though it features brief interludes which take the pace down, these moments are few and far between. The start of It’s Too Cold Tonight ends up as a false alarm for tenderness with the distorted guitars smashing four seconds in. These less frenetic moments are more prevalent as the album progresses, but the maximalism can become tiring at times. It’s a shame as these brief moments of restraint reveal a side of the band which makes you want to hear more of it. The male/female vocal harmonies in the latter half of Wildfire are one of the album’s highlights, resulting in one of the most satisfying moments on the record.

For those who were fans of Tiny Moving Parts already, there’s a lot to love here and a lot to satisfy those who like their emo combined with guitar shredding delivered in a sugar-coated form. These songs sound bigger and more realised than before, more confident to stand alone as pop songs. The changes are gradual, but they’re not reactionary, and as such it makes it feel more natural and human. Swell is out now.