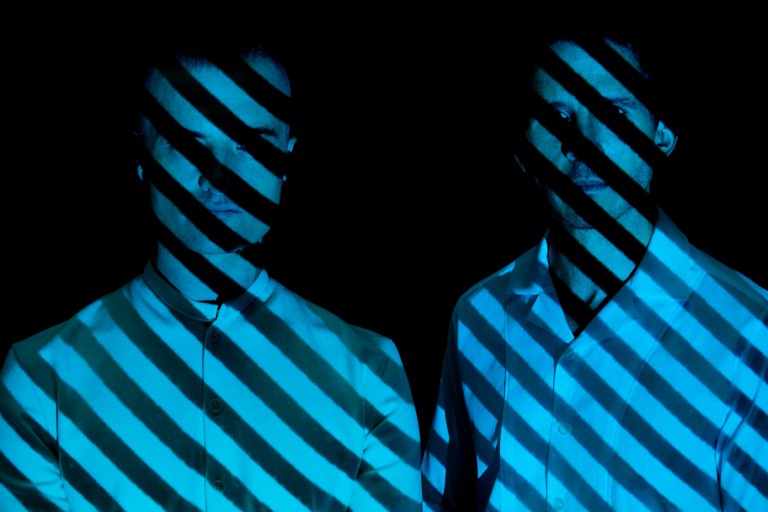 The track, which is taken from their as-yet-untitled new studio album, is a downright synth-pop banger which utilises waspy tones and hypnotic vocals to achieve a dreamy-yet-punchy end result. Paired with a video directed by the acclaimed Alberto van Stokkum, and you’ve got an incendiary result.

Speaking of the track, vocalist Ra Black said:“The seed of the song started when I came back to London after travelling a lot and just after falling in love HARD. It’s that joyful dizzy feeling of seeing the person you’ve fallen for in every animate and inanimate object. But I was also going through some difficult shit; multiple hardships and broken expectations. I would go running so I could keep my mind healthy, but there were moments where it was just too much, too complicated to process. So I created this midnight place as a sanctuary for my mind. I would close my eyes and go in to space. It made me feel small but calm among the stars.” His bandmate Andrew Armstrong adds: “For this song, I really wanted to use Ra’s voice as an instrument, to add dynamic all the way through. So there’s little vocal grabs, BV’s, the big outro moment, and even percussive elements made up of Ra’s voice. Then the rest is an exploration of French-styled funk and disco, but in a Monarchy setting”.

Chipping in to talk about the video, director Van Stokkum discussed his intentions of pitting two antagonistic universes against one another. “For this video I wanted to mix two antagonistic universes such as the Amish world and the Latex one. When you combine these two elements the result is an obscure and disturbing aesthetic. Inside these two universes there is also a story happening, a forbidden love between two girls (starring the famous Spanish actress Ana Rujas) inside a bizarre and dehumanised community. The band plays for them, as music is also forbidden in the community and they go into trance and free themselves.”

You can watch the video for mid:night below. Monarchy’s new album is due before the summer.