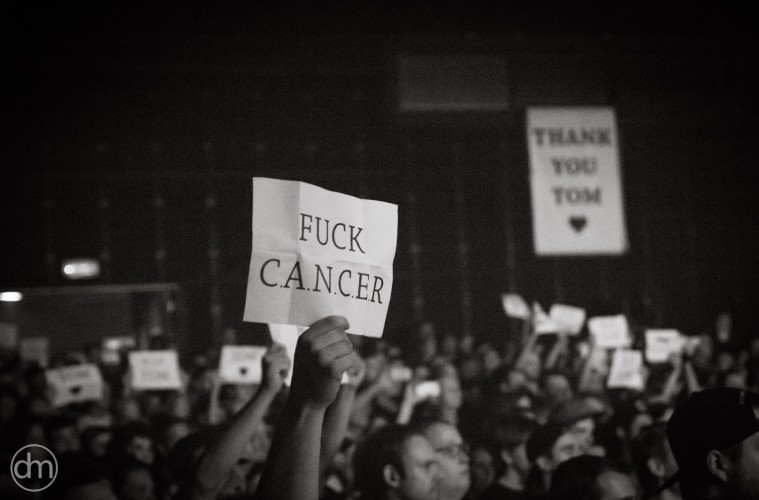 As many of you may have noticed, photography is a big part of how we operate at All Things Loud. Not only is it the best gateway into giving readers a visual experience surrounding a show they may have missed, but photography (live photography in particular) is also an integral part of the role media organizations in portraying the real world. We reached out to our vast team of photographers and contributors and asked them to share with us their three favourite live shots from this year. Bring Me the Horizon at Sziget Festival Architects at the Trix in Antwerpen

Bring Me the Horizon in Indianapolis
I love it because it was such an unplanned shot. I was in the crowd just enjoying the show and suddenly Oli went into the crowd and confetti went off. I did my best to get a picture and ended up taking my favorite picture ever. The 1975 live in Indianapolis Sleeping With Sirens live in Chicago Nothing But Thieves at the Melkweg in Amsterdam.
I love this picture so much because it captures the essence of how far Nothing But Thieves have come in the last two years. I first photographed them in this exact room when they supported Gerard Way, and now they’ve managed to sell it out not even two years later. Next time round, the room looks set to be even bigger and I can’t wait to work with them again. We Came as Romans at Rock am Ring.
This picture is one of my favourite all time shots, simply due to Kyle’s pose and the circumstances which surrounded that whole day: thunder, lightning and a festival which got called off a day early. In this picture, Kyle is about to raise his middle finger up at the thundery clouds, something which sums up the whole weekend. Red Hot Chili Peppers at Rock am Ring.
The opportunity to shoot a band like the Chili Peppers is one that I won’t forget soon, just like this shot of Anthony Kiedis. Their set was delayed by two hours and eventually swapped with Billy Talent, but the weather conditions made it all the more worth the wait for a three-song window like this one.