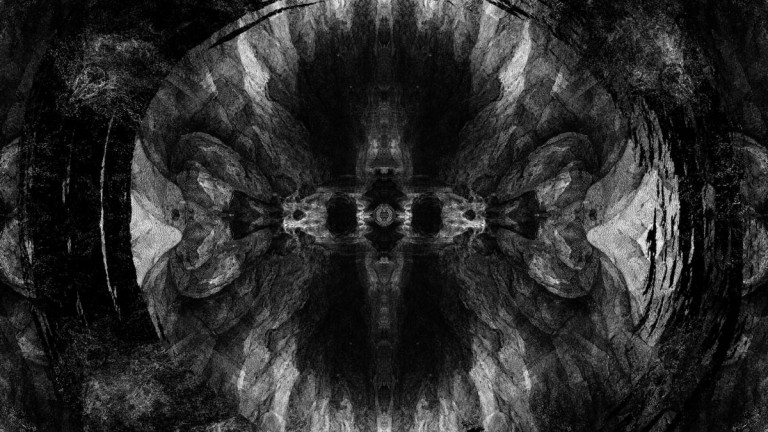 As a human being, grief is by far the toughest concept one would ever need to grasp. It’s a process which is made up of so many different elements, from acceptance and mourning all the way through the inevitable act of moving on. Grief is so universal, yet at the same time it’s also a highly personal emotion which everybody deals with on a different level and to varying degrees. In the case of Brighton’s Architects – who lost guitarist Tom Searle to skin cancer in 2016 – this (among many things) came in the form of catharsis. New album Holy Hell is a record born out of grief, and it’s without a shadow of a doubt the most powerful and emotive collection of music they’ve put out to date. Over the course of eleven hard-hitting tracks, Sam Carter and co. have managed to carve out a masterpiece filled to the brim with Tom Searle’s lasting influence.

You see, the wonderful thing about Holy Hell is that there are essentially no words which could come out of this writer’s fingers to describe its sheer power whilst doing the music justice. The eleven tracks which make up Holy Hell tackle and overcome every single facet of grief processed by the band (frontman Carter, drummer Dan Searle, guitarists Adam Christianson and Josh Middleton, and bassist Ali Dean) with such intricacy on both a musical and personal level that it’s nigh-on impossible to criticise it in any way which serves as less than meaningful or opinion-shaping. You have to take Holy Hell for what it is: an album which will go down as the jewel in Architects’ crown; their undoubted magnum opus. Opener Death is Not Defeat and lead single Hereafter serve as a stark reminder that Tom Searle’s influence will forever remain embedded within Architects’ music, even posthumously. Both tracks are littered with highly technical riffs, pounding percussion and rhythms which pulsate through your earlobes with such ferocity that it’s hard to catch your breath. Carter is on top vocal form, something demonstrated in particularly memorable fashion on the brutal Mortal After All, a track underpinned by glistening electronics which centres on the realisation that “one day all of us will give up the ghost”. It makes for an early highlight on the record, something which could – in all honesty – be said about every song in some way, shape or form.

Title track Holy Hell starts off at a slower pace to its three predecessors, utilising strings and programmed beats as Carter sings of “a holy hell where we can save ourselves”. He goes on to reference paradise, sacrifice and forest fires as the track kicks into sixth gear by means of tight-knit guitar lines and interwoven rhythms, all of which form an incendiary whole up there with some of Architects’ best work. The visceral Damnation depends heavily on subtle electronics as a basis for its ferocity, even if its impact isn’t always as prominent upon first listen. The great thing about Architects’ use of electronic elements is that it’s so subtle it’ll pass you by at first, and yet still make a song sound empty if it isn’t there. Damnation is the perfect example of this, its synth-based ambience holding the bridge together as Carter sings of despair and how “we suffer to survive“. “Hope is a prison” in Carter’s eyes, and he makes this known with utmost brutality. Recent single Royal Beggars allows guitarists Middleton and Christianson to hit new technical heights, making solid use of lush tones which intertwine with such perfect intricacy that they sound like one, overarching sprawling guitar line. This seems odd at first to describe, but once you listen to the track it should hopefully make more sense. This sense of perfect technical intricacy is something which pops up throughout the entire album, with final pre-release single Modern Misery yet another example. “We used to run with the wolves” screams Carter during the track’s instrumentally subdued chorus, his delivery as earnest and gritty as ever. Architects’ music may often follow a by-numbers formula (albeit an inimitable one), but there’s no denying that they’re bloody good at it. As the saying goes: “if it ain’t broke, don’t fix it”.

The final four tracks on Holy Hell feel like the culmination of everything Tom Searle has worked for reaching a qualitative peak, and this makes for an increasingly emotional curtain call which only goes to serve as a testament to everything this band stand – and have always – stood for. Dying to Heal is a metalcore powerhouse of the highest order, complete with stadium-ready chorus, menacing guitar lines and rhythms more impactful than an 8.0 magnitude earthquake. “We’re all refusing to feel, and yet we’re dying to heal” muses Carter, his growls equal parts fragile and fierce. The Seventh Circle, on the other hand, is hands down the heaviest track on Holy Hell. Clocking in at just under two minutes, it’s also the shortest. “Every waking moment is war” declares Carter ahead of a prominent “BLEGH!”, indicating his anger and fury in a way only he knows how. Despite its short length, The Seventh Circle may well become an absolute fan favourite on the live stage. Penultimate track Doomsday is already familiar with fans, having initially seen the light of day in September 2017, just over a year since Tom’s passing. It marked the first new music since his death, and even today it serves as a poignant reminder of everything the band had been through in the twelve months since Searle’s passing. “They say “the good die young”, no use in saying “what is done is done”” howls Carter during the chorus, once again proving his worth as one of the best rock vocalists in the UK today. And if he isn’t one of the best, then he just simply is the best. Holy Hell meets its maker on the monstrous A Wasted Hymn, a track which reintroduces the band’s knack for synth-based strings and programmed beats. It’s placed alongside slower, caterwauling guitars, operating at a slower pace to the preceding ten tracks as Carter makes use of clean vocals. There’s a line on A Wasted Hymn which sums up the true essence of Holy Hell in all its heart wrenching honesty, as Carter asks: “Can you live a life worth dying for?” It’s the most explicit reference to Tom Searle’s tragic passing on an album which is packed to the rafters with his everlasting influence, and it’s yet another testament to how indebted the rest of the band are to his incredible songwriting skills.

Even in passing, Tom Searle is as important a part of Architects’ songwriting process as he was before his death, and that says a hell of a lot about his unrivalled ability to create incredible music. It was of course up to the rest of the band to create an album out of his leftover work, but it’s safe to say that everything Searle left behind is in the safest hands possible: those of vocalist Sam Carter, technically unbridled guitarists Adam Christianson and Josh Middleton, bassist Ali Dean and drummer Dan Searle. Together, the quintet have produced not only one of the year’s best rock albums, but they’ve also used it to deal with the devastating grief of losing someone dear to them in a way nobody could ever match on an emotional wavelength. If this isn’t the album which propels Architects to the very upper echelons of rock and metal, then something is very, very wrong. Holy Hell is out now via Epitaph Records.