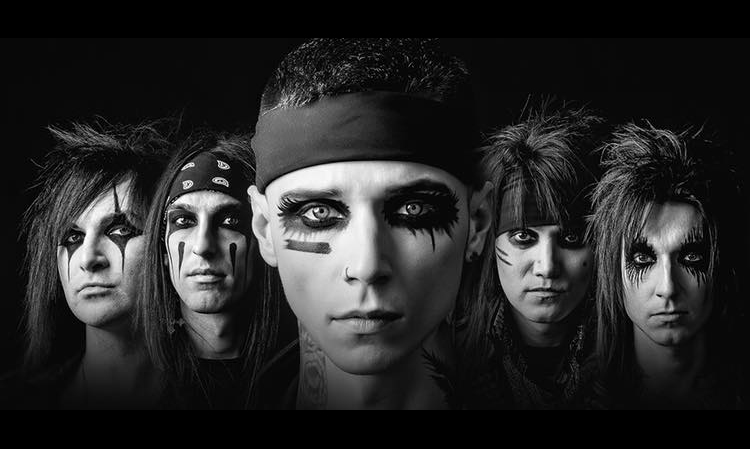 Black Veil Brides have shared their first new track since 2014.

The Andy Biersack-fronted quintet, who spent most of this year in the studio, have shared The Outsider exclusively through Alternative Press amidst news that their fifth studio album will come out in 2017.

Speaking of the new album, frontman Biersack said: “Ultimately, it would be very silly for me to come out in the capacity of the guy that says [adopts loud, boorish tone], ‘This is the greatest fuckin’ thing we’ve ever done! It’s our most melodic and our most heavy,’ and all that other shit you hear everybody say. The reality is that I’m better at what I do now than when I was 18. All of us [in the band] are. You’re looking at a group of people who understand this band more than anything else. Emotionally, I think this record will connect all the dots and bring the story full circle.”

He continued: “If you listen to all of our records, there is a through line. And it is watching the growth of five people who come from different backgrounds and didn’t have a whole lot in common, barring a shared experience in life. At this point, the level of comfortability in the band is that we know how to finish each other’s sentences, musically. And I think we know where we’re going.”

Further details surrounding the record are yet to be announced, with “nine to ten songs” currently in their mixing stage.

In the meantime, you can listen to The Outsider below.