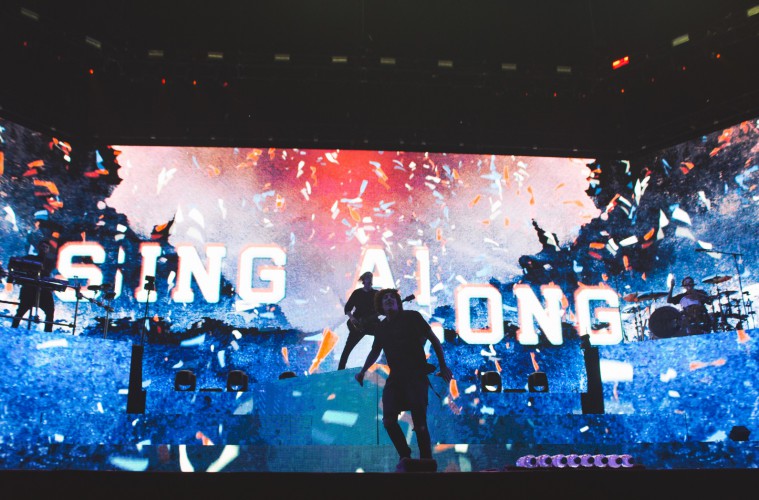 Bring Me the Horizon’s New Album is Due in July, and Here’s What We Know

Big news! Bring Me the Horizon have announced details of the long-awaited follow-up to 2015’s That’s the Spirit.

Speaking of the album, frontman Oli Sykes said: “A White Lie is musically an enormous progression for me and the guys. When we finished touring That’s the Spirit, we all took substantial amounts of time off to go do our own thing and rediscover life outside of Bring Me the Horizon. When we got back into the studio, new ideas and inspirations came together pretty quickly and it became clear that we’d all gotten into various different new acts, some of whom we really wanted to work with.” Sykes continued, talking about the special guests on A White Lie and how they contributed to the process: “Mike [Shinoda] is just a buddy of ours now, so getting him on board to wax lyrical about the things he’s been through recently was just magical. It’s so amazing to watch him spit some sick bars, and it was actually Mike who put us on to Ronnie. He’s an aspiring rapper, and his trap influences really shine on this album. Alongside these two guys we’ve teamed up with a whole host of fantastic collaborators, and together I think we’ve managed to create the best Bring Me the Horizon album to date. No doubt about that.”

Check out the tracklist and artwork for A White Lie below. 1 Reflection
2 Eternal Life (ft. Mike Shinoda & Stormzy)
3 Memory
4 Penetration (ft. Frank Carter)
5 There’s a Shadow Hanging Over Me
6 An Hour Of My Life
7 The Island (ft. Ronnie Flex)
8 I Think Of You Every Night (And Every Day)
9 Pulse
10 Intensity
11 You Probably Thought I Was Lying (ft. Ronnie Radke)
12 The End of The Beginning