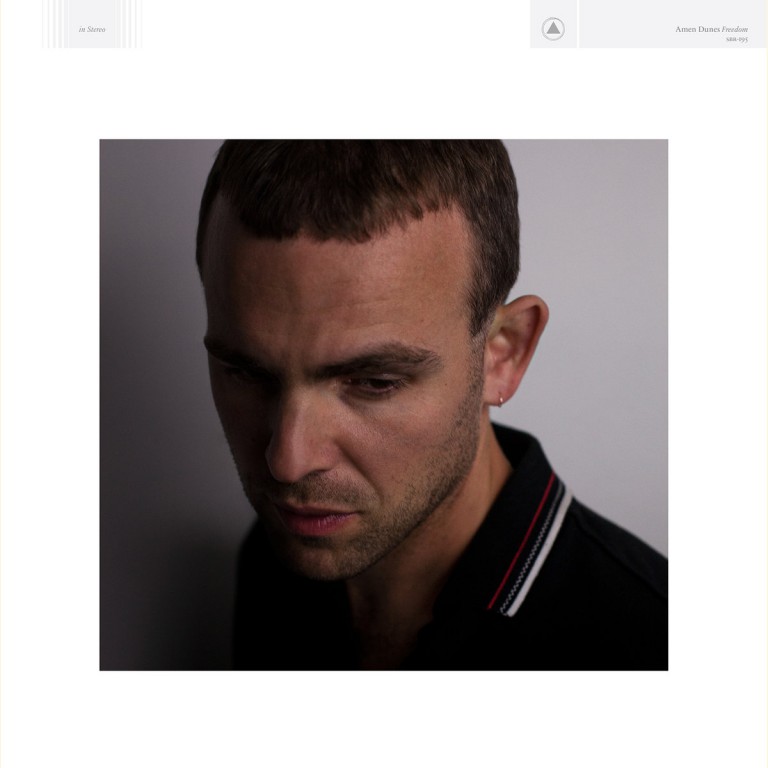 Who Knew Amen Dunes Had It In Them?

Damon McMahon has been on an upward trajectory for a long time now. Each album he’s released as Amen Dunes has been better than the last, with an increased confidence and maturity with each step. On 2014’s Love, whose recording line-up featured members of Godspeed! You Black Emperor and Iceage, he crossed the boundary of lo-fi outsider artist drowning in reverb and delivered an album whose slow-burn gain in popularity resulted in a bit of a cult following. The progression was natural, but put McMahon in a spotlight that his outsider music hadn’t faced before.

In the four years since then, it’s understandable that there’d be some anxiety in creating a worthy follow-up. The first attempt at recording this album took place in February 2016 in New York with long time collaborators Jordi Wheeler and Parker Kindred (joined by Steve Marion, aka Delicate Steve). McMahon was disappointed in the results and decided rather than to try and salvage it, he’d start again taking an entirely different approach. McMahon roped in a new set of collaborators, once again featuring names notable in their own right. With a line-up that includes Gus Seyffert (Beck, Roger Waters), Rafaelle Martirani (Panoram), Steve Marion (Delicate Steve), Nick Zinner (Yeah Yeah Yeahs), and McMahon’s brother Xander Duel, you’d be forgiven for thinking that the fame of the collaborators may have influenced the choices above their suitability. Those fears would be misplaced as McMahon once again proves his flexibility is a gift that can get the best out of those he collaborates with. It’s no coincidence that one of the first lines on the album is a quote from visual artist Agnes Martin “I don’t have any ideas myself; I have a vacant mind”. It reflects McMahon’s ability to encapsulate the influences around him and create something profound of his own.

That line was delivered by McMahon’s own mother who was diagnosed with terminal cancer the day that he began writing this album. The significant life event gives the whole album an extra gravitas, an event that undoubtedly had a large influence in the resulting tracks. It’s not immediately obvious with the cool musical style, but seems to have prompted a lot of self-reflection and more personal subject matters in the songs themselves. The title track itself deals with the matter head on, or as head on as McMahon’s synesthetic lyrics get. “I feel it in the air, summer’s almost done. Let’s not talk too heavy, I’ll see you the next go around. Echoes back all things that last return where they belong” he sings in tribute to a person who has clearly had a major impact on the life that he’s trying to make sense of.

Never before has McMahon released such a commercially appealing album, with sublime production skills that put his voice deservedly at the forefront. This boldness is reflected in the simple album cover, a photograph of McMahon’s face. As he approaches middle age, he embraces the fact that the core appeal behind Amen Dunes is the person who makes the music. He draws parallels with this act to the way that artists like Bowie would make their own face a distinct and identifiable part of the package of their music. In doing this they give away the last vestibules of privacy, revealing everything to the listener to take as they want. It’s not vanity, it’s selflessness, take it or leave it. If McMahon has concerns over the potential consequences of making music with a relatively wider appeal, then he doesn’t show it. Both lead tracks Miki Dora and Blue Rose caused a justifiably large amount of hype behind the album, by far the catchiest tracks he’s ever put his name to, yet distinctly recognisable with the fingerprints of his previous work. He’s not disguising this progression, rather he’s embracing it in every possible way and on every possible level.

The resulting album is by far and away the best body of work in Amen Dunes’s formidable back catalogue. Despite always having a soft spot for their music, it had never occurred to me that McMahon had it in him to create music of this calibre. He’s tried his best to avoid talking about his direct influences on the album, but in different ways, you get traces of David Bowie, Bruce Springsteen, Bob Dylan and even Michael Jackson. McMahon is aiming big, yet simultaneously has created an album so effortlessly cool it makes Mac DeMarco seem worked up. These are the sorts of songs with wide enough appeal to play on a road trip, fill a dance floor or to hear in every clothes store from now until the end of time. Sure this commercial edge will disappoint some who preferred the more ambient, lo-fi aspects of McMahon’s previous work, but I like to think the sacrifice in intimacy is an unusually successful one. It feels natural and I can’t imagine these songs having the same impact in any other form. There are very few choruses to speak of, its appeal rests on its grooves and delivery.

On an album so accomplished and with a production style so distinct, it’s hard to pull individual highlights from its listing. It’s one of those albums where when you start playing it, you have to let it run through to the end. In addition to those divine lead tracks, there’s the infectious bassline of Time, the luscious 80s synths of Calling Paul The Suffering, which addresses McMahon’s deceased father directly, or the surf-folk of Believe. There isn’t a duff track on the album. The lyrics give something more to delve into with repeated listens, dealing with big issues from McMahon’s life. The title, Freedom, was an intentionally grand choice following the similarly bold Love, with McMahon using the album to deal with aspects of his personality that he wanted to exorcise. It’s a process of self-cleansing in order to leave behind a blank canvas upon which the perfect artist is established. A vacant mind. If you believe this to have been successful then this is just the start of the continued descent of Amen Dunes. Whether or not that’s possible remains to be seen, but in the process, McMahon has created his finest body of work to date, and a fitting tribute to his parents. Freedom comes out on Friday, 30 March.