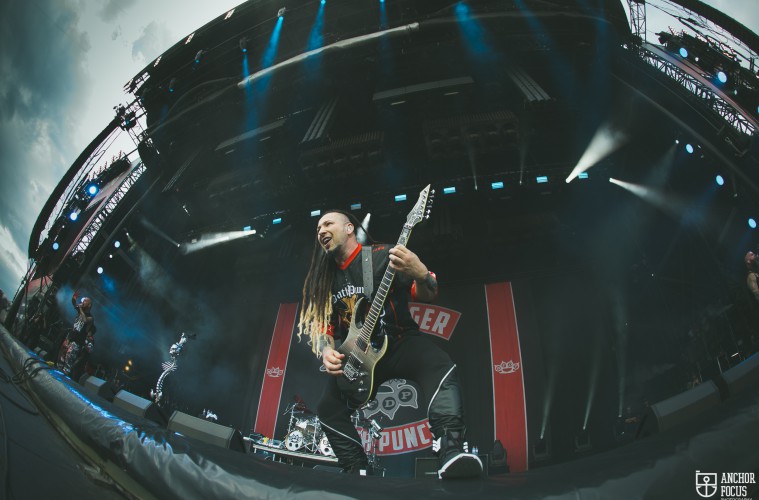 Five Finger Death Punch have premiered a new track from upcoming studio album And Justice For None.

When the Seasons Change is the third new track to be taken from Ivan Moody and co.’s upcoming seventh studio album (due 18 May), one which follows a tumultuous but eventually victorious 2017 for the Nevada hard rockers.

Speaking of the new track, guitarist Zoltan Bathory said: “This song is about loyalty, the kind of loyalty that doesn’t crumble in the face of adversity, which we have faced many times throughout our career and in our lives. This is a very human subject everyone can relate to and it is something this world can use more of”.