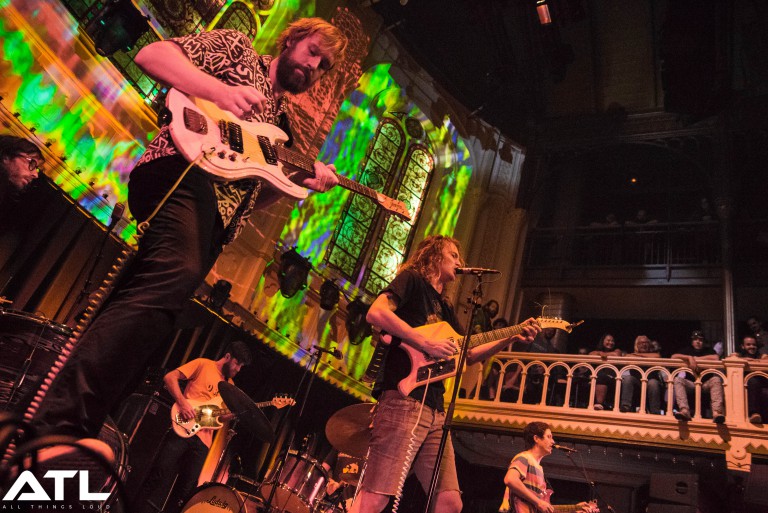 The record is comprised of so-called ‘outtakes’ from the previous four records they put out in 2017, including February’s Flying Microtonal Banana and November’s free-for-all Polygondwanaland. An official release for the album comes tomorrow (31 December), meaning that Stu Mackenzie and co. achieved their five-album promise with barely a day to spare. It opens on the soulful Beginner’s Luck, with the rest of the record taking in Microtonal elements (All Is Known), quirky psych-funk (Down the Sink) and Beatles-esque garage pop (Barefoot Desert).

You’ve really got to credit them for their hard work and perseverance in a year where they also extensively toured the world. It’s currently not known if they’ll continue the recording streak in 2018, but you couldn’t blame them for taking a step back as they once again focus on touring in the first half of the year.

Listen to Gumboot Soup in its entirety below, and allow the album to take you on a journey.