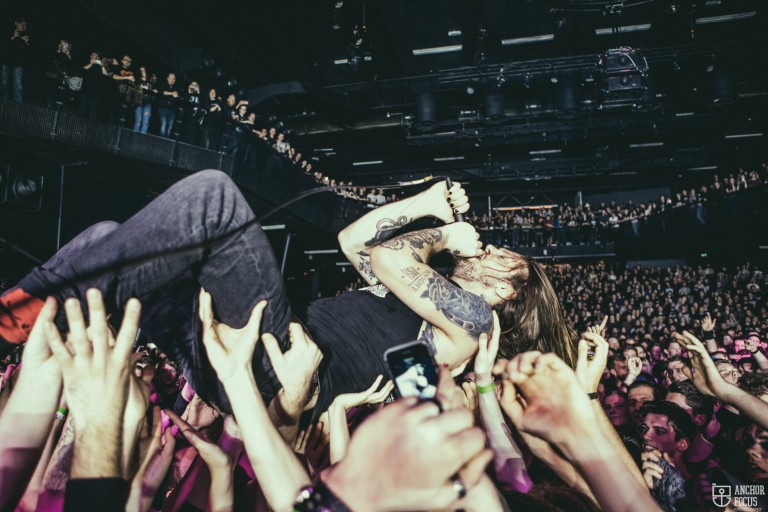 While She Sleeps Announce Deluxe You Are We Reissue

Sheffield’s incendiary While She Sleeps have announced details of a deluxe reissue for last year’s critically acclaimed You Are We.

The album – which made it to #5 in our Album of the Year countdown – will be reissued on 20 July alongside a number of exclusive re-recordings, live versions and two brand new songs. The entire thing will be available in three different formats: one digital, one physical and one which consists of three coloured vinyls. The latter option (below) comes as part of a box set, which you can find here. Speaking of the release – which features new songs I Am While She Sleeps and Lost Ideas – the band wrote: “YOU ARE WE was such a pivotal moment for us as a band. The support we received from you guys after our decision to go independent was overwhelming. So one year on from it’s release, we are incredibly excited to announce the special edition re-issue of YOU ARE WE. Featuring a ton of unique content recorded and performed over the last couple of years, unheard material & live tracks from our one off alternative show from St Pancras Church. Available digitally, on CD & triple vinyl box set.”

Head to the band’s website to pre-order your copy of the extremely special reissue.