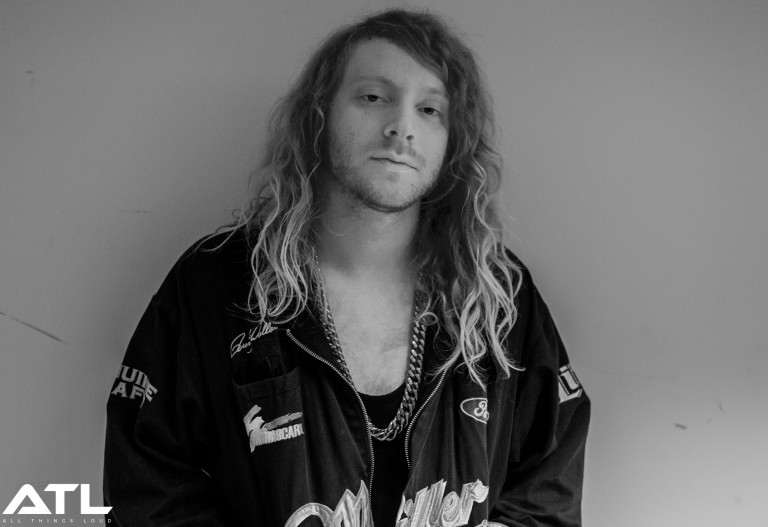 The Orwells: “There should be more bands doing bigger things”

Earlier this year, garage rockers The Orwells put out the career-defining Terrible Human Beings. It’s a record which presents the band’s combined abilities in such a way which retains their reckless abandon with a sense of maturity. We caught up with vocalist Mario Cuomo ahead of the quintet’s show in Amsterdam last month to discuss the new album, its art direction and Chicago’s garage rock scene.

Terrible Human Beings is your third record, and it’s out now. I just want to focus on the period before that, though; just after Disgraceland’s campaign ended. Can you outline how the new record came to life?
With Disgraceland we were adding tons of shit to songs, and some of the stuff was pretty chunky. With the new record it’s more stripped down, although I don’t write the music so I wouldn’t know. This is a tough question for me, though.

How about lyrically?
This time round I was more challenged when it came to lyrics. Like, alcohol and fucking were big topics that I wrote about on older records. This time round I wrote stuff about a bunch of shit, there are tons of topics on the record. It doesn’t really have much of a theme, though.

Is there a song which you’re lyrically satisfied with or which you look back on in particular?
Umm, I really like the song Last Call for some reason. I don’t know why, but to me that sounds the best. It sounds like a really well-made song.

So how about the actual recording process, what went down and what did you guys do?
It took a fucking while because we made the whole record twice. I think it took about eight months to write and then once we had it down we recorded it for a super cheap price. It sounded fine, but the songs didn’t expand into anything better. Our label told us to go back and try it again with a bigger producer, and we really liked Jim Abyss so he came out to Chicago for a month. He usually only records in England, but he was up for working with us. We were in the studio for thirty days, morning till midnight.

What did he bring to the table from a production sense?
He was a pretty hands-on producer. If he had an opinion on songwriting he wouldn’t be afraid to express it. Like, he’d say that something sounds fine but then suggested that we take out one part and replace it with something different. He kept it real, and if he had a good idea we would just use it. We’d hear all of his suggestions out, so he ended up bringing a lot to the table.

I just want to retouch on the first of the two albums you recorded: was it almost an identical version of Terrible Human Beings in terms of the chosen tracks, or did it differ greatly?
The first try was basically the same, but only two songs were different. We ended up dropping one song completely while we were in the studio with Jim, and he told us that it was the worst one of everything we’d recorded. We were like, “fuck it” and just dropped it. There was one other track, Vacation, which we created entirely from scratch with Jim. We did a little demo on the laptop and then went straight into recording it.

So what about the ones that didn’t make the cut?
There’s one song called Vanilla, which is I think on the Japan-only version of the record. The Japanese always want some extra stuff, which is kinda cool. I guess it means that you’ve just gotta go all the way to Japan to hear it, which is pretty cool. That song didn’t make the proper record, and then a track called What’s So Entertaining? also ended up getting chopped. That was gonna open the record, but that was the one which Jim thought was the worst one. Afterwards he asked us if we had any demoes, and that’s where Vacation came from.

I just want to focus on the album’s art direction. How did that come about?
We worked on it with a team-like advertising agency, and they had a creative person who used to work at a record label. She knew how to do that kind of stuff so we just went in and sat at this big table as they showed us a slideshow of art and photographers. They asked us which ones we like so we told them which ones were our favourites, and then one of the pictures which kinda looked like the current album cover popped up as the one which we thought was coolest. We liked what was going on with the chick on the front. They called the photographer up, and she flew out to Chicago to do it with us. She also did some stuff in San Francisco, and after that she worked on our press photos with us. She asked if we wanted a similar shot to the one of the chick on the front, which we agreed to. We told her that we wanted to place little items around the room which were Easter eggs representative of certain songs on the album.

Stuff like what?
There’s a condom in the ashtray, which refers to Buddy. That’s one proper example I can think of.

I just want to focus on you as a vocalist. Who are the go-to vocalists for you when it comes to gathering inspiration or drawing influence?
I don’t know who I’m, like, trying to copy the most, but my favourite one when I was growing up was Julian Casablancas (The Strokes). I thought he was just the coolest guy, but it wasn’t so much about how I wanted to sing; rather, he made me want to sing. I wouldn’t know though, to be honest. Maybe I’m just trying to be a Kurt Cobain rip-off.

Anyone else?
One of my favourite singers is probably Har Mar Superstar. He’s got a great set of pipes. There’s some stuff on the record which, in hindsight, also sounds like knock-off Cobain to me. I was pretty stoked that it came out sounding like that. Besides Har Mar I don’t really know anyone else.

I also want to look at the local scene back home in Chicago. What’s going on there?
There’s a couple of bands right now who I approve of. Maybe like five in the whole city.

Who?
Probably just us, Twin Peaks, The Symposium, my roommate’s band and The Walters, who are going out on tour with us in the US. Those are the ones I like. We’re not super young, but we’re all definitely young guns in this city making great records. There’s a low number of decent bands, but that’s just my opinion. For a major city like Chicago I feel like the rock quota isn’t impressive. If you compare it to New York, LA or London, for example. There should be more bands doing bigger things. Basement shows and DIY and stuff.

Basically getting out there.
Yeah, hitting the road and flying across the ocean.

Your songs have even been used in video games and on TV, which isn’t something we often see happen to bands within the garage rock scene. How do you cope with the success that stuff like Who Needs You brought you?
We just have a very well-rounded team around us, y’know? They help us get all of these things, and I’m super into that. Some people would call us sell-outs, but I’m totally against that because I think it’s just a badass way of more people getting to hear us. Especially if you like the video game, then it’s just fucking rad. The licensing company that we’re working with are very good at doing their job of getting people to hear our shit. They come back with some pretty dope shit sometimes.

For sure. Thanks for your time!

Terrible Human Beings is out now, and you can stream it below.