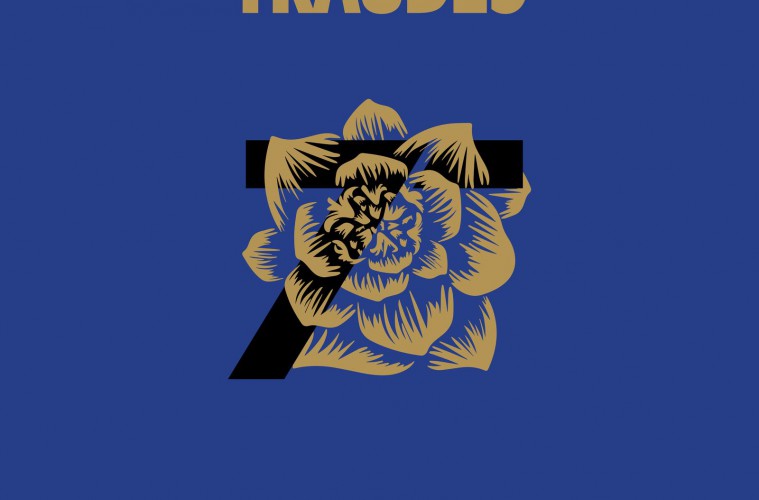 It’s been a whirlwind twelve months for Dutch collective TRAUDES. The seven-piece emerged onto Amsterdam’s vast musical landscape roughly one year ago to much intrigue and curiosity, taking their time before well and truly exploding by means of a signing to Sony and a stint on the renowned Popronde. It took a while before we heard anything from them, though, with debut single BACK DOWN incorporating schizophrenic elements of funk, hip hop and the same kind of bad boy swagger which Bruno Mars could learn from. Tomorrow, they’ll finally attempt to live up to the hype which has plagued them these last twelve months. Does debut EP CRLS & GRLS live up to the hype, though? AMSTERDAM kicks off proceedings, naming itself after the city where all seven band members reside and operate. It’s sultrier and more rhythm-centric than what we heard from TRAUDES last year, with frontman Benjamin Traudes’ thinly veiled love letter to the Dutch capital (we all know the metaphors) sounding like something you’d one day hear echoing through the PAs of an arena – it’s the kind of song which calls for people to sing along. “Oh baby, you’re my Amsterdam” sings Traudes on the chorus, one which sounds less like an explosive introduction and more like an elongated “hello, we have arrived”. The real explosion comes in the form of BACK DOWN, TRAUDES’ debut single. It’s the first burst of relentless energy which the septet unleash on CRLS & GRLS, and boy do they do it in style. Guitarist Cis Kroezen and the rhythm section which accompanies his Chic-y strums (Bas Veens on bass and Elias van Buuren on drums) deserve a special mention here, as it’s their instrumental tightness which enables Traudes to go all out on vocals. It’s the sound of seven seasoned musicians giving it their all, before they strip it back down to a raunchy groove on the title track, CRLS & GRLS. “I don’t know where I’ll go, but I’ll figure it out” claims Traudes during the chorus, before he finds his vocals somewhat warped and coated in very light (and effective) autotune. Max Anglionin’s synths do well here, adding a waspy fuzz to proceedings which seemed slightly absent on AMSTERDAM and BACK DOWN. “You could never fuck me baby” sings backing vocalist Frederieke Kroone at its close, foreshadowing the lyrical subject on the following track in a relatively conceptual manner.

“Fuck me like you miss me” declares Traudes on the groove-laden FCK ME in an almost expectant manner, which is underpinned by Nile Rodgers-esque guitars and sweet, one-two percussive passages. It’s a sultry funk rocker with less emphasis on Traudes’ hip hop offshoots, instead allowing the rest of the band to instrumentally shine. Frederieke Kroone’s backing vocals are more of a subtle affair on this one, complementing Traudes’ slick tones nicely. The EP comes to a close on the brilliant I GOT IT ALL, which undoubtedly has the potential to be a smash radio hit. Its pulsating grooves carry Traudes’ vocals from A to B seamlessly, with Loek van der Grinten’s production skills coming to fruition by means of some vicious bass wobbles. These ‘wobbles’ don’t take anything away from van Buuren’s own basslines, though; in fact, they enhance them. A rapped breakdown introduces vocals straight out of the Big Book of Daft Punk, with added percussion and even more bass sending the track up into space for a dancefloor-ready curtain call. I Got it All is the culmination of everything TRAUDES have worked so hard for, and it’s probably the best possible finale CRLS & GRLS could wish for. TRAUDES’ debut EP only clocks in at just over seventeen minutes across five tracks, which is something you instantly notice once I Got it All comes to a close. CRLS & GRLS is short but sweet, and it leaves you wanting so much more. As debut EPs go, CRLS & GRLS is an impressive first taste of what we can expect from Sony Music’s hottest new signing.

TRAUDES will release CRLS & GRLS tomorrow at the Melkweg in Amsterdam. This show is sold out.