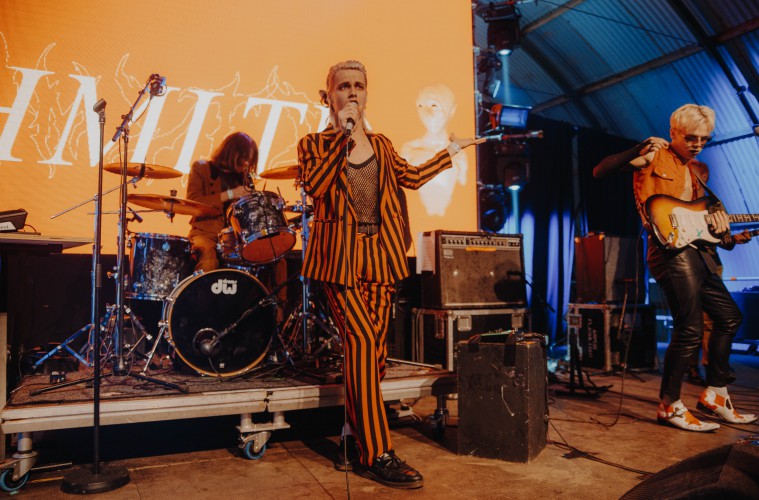 WATCH: HMLTD Release Ode to Self-Pleasure and Technology on Pictures of You

Pictures of You is the first track to be taken from their upcoming EP Hate Music Last Time Delete, which is due on 6 July via Sony and serves as their first full-on, non-single release.

The accompanying video for Pictures of You is an obscure ode to self-pleasure and old pictures of lovers, and it makes use of the intriguing DeepFake facial recognition technology. For the single (and entire EP), the London sextet worked together with pop producer extraordinaire Justin Tranter, whose CV includes the likes of Britney Spears and Selena Gomez. Speaking of the video, the band said: “In the Internet age, nothing is ever truly removable, and no one entirely forgettable. The effect this has on love and heartbreak is tragic. Pictures Of You was written as a song about masturbating to photos, sent by your ex-partner, that you can’t delete. The video explores the narcissism inherent to this act: what you really lust after is not the person but the affirmation they provided. Self-love doubles up on itself. Duncan came up with the idea of using DeepFake technology to explore these themes. We look at old photos or videos and believe we still love the person in them, but really we just love that image of them. Then those images become mere vehicles for our own self-love. Like Narcissus himself, you lose yourself in the reflection offered up by these images and the tragedy is complete.”