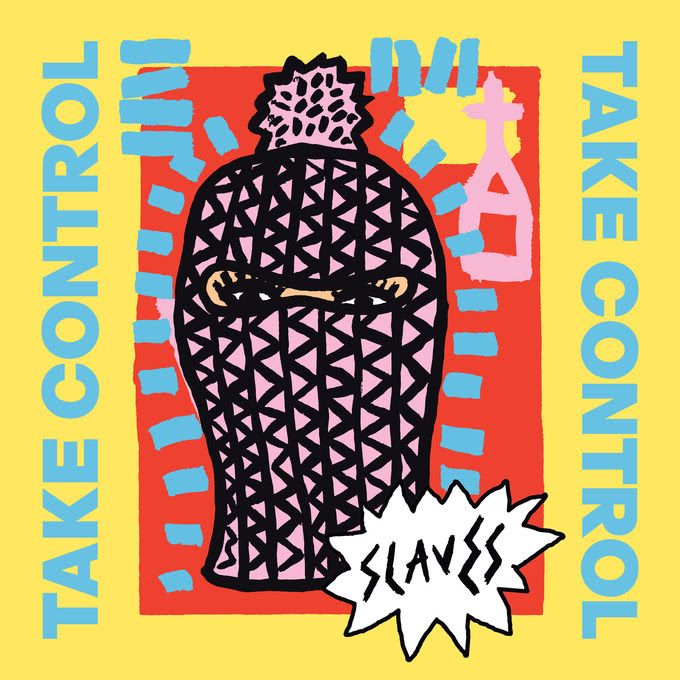 Why Slaves Are the Breath of Fresh Air British Rock Needs

As a band, finding a formula that works can often be all too appealing once you head back to the drawing board. It often gives artist a sense of comfort that what they’re doing will guarantee positive reactions, essentially and subtly discouraging them from changing their working ways in the slightest. Kent duo Slaves very nearly fell into the grasps of this trap, with debut album Are You Satisfied? consisting of the kind of gritty-yet-humorous punk this world desperately needed. When time came round to work on its follow-up, they had two choices: stick to what works, or try and evade their comfort zone. To an extent, they opted for the latter. By employing hip hop legend and Beastie Boy Mike D on production duties, Slaves (consisting of Isaac Holman and Laure Vincent) managed to take the exact elements of what made them so successful and turned it into a whole new monster: a deadly, albeit refreshing collection of tracks which stays true to the essence of what Slaves are all about whilst still showcasing exactly why Holman and Vincent are the duo this world needs oh so badly.

“Sucking on a sour sweet, blister on your tongue” sings Holman on album opener Spit it Out, a viscerally destructive homage to some of Slaves’ best heavy tracks. Vincent’s chugged riffs and Holman’s stand-up percussive whacks are at the heart of this track, much like the rest of Slaves’ recorded output. Spit it Out’s lyrics are meant to unsettle the listener, putting unfettered scenarios into their heads as Holman literally launches them through one’s ear canal. It’s nothing unique musically; rather, it’s just what you’d expect from a band who are yet to run out of things to say. The pacey Hypnotised see’s Holman sing of video games that “eat your brains” and reality stars’ “exclusive cars”, both of which are intended as a commentary on hypnotising aspects of public society. The Mike D-featuring Consume or Be Consumed (below) is the first example of Slaves stepping outside their comfort zone, with the Beastie Boy-come-producer aiding the band in strengthening their already in-your-face point of view. Taking hints from the punk-infused hip hop that preceded the Beastie Boys’ rise to fame, Consume or Be Consumed is a definite nod to Mike D’s long-lasting influence on Slaves, even featuring the man himself as he spits a verse during which he attempts impersonating a British accent. “You will consume, you’ll eat what you are fed” declares Holman at the track’s close, making way for the record’s exuberant and Slaves-by-numbers title track, Take Control.

Four tracks in, and save for one song the record does still sound like a generic Slaves album. However, that doesn’t last much longer once the album’s first skit, Mr Industry, enters the frame. The 12-second vocal piece see’s Holman declare his hatred for the industry, with the skit a perfect accompaniment to the gritty Rich Man. It may not hit as hard as older cuts The Hunter, Cheer Up London or Feed the Mantaray, but Rich Man packs enough punch to knock out half of Slaves’ contemporaries. Holman and Vincent have a way with words which hardly any other bands come close to, utilizing social commentaries on all aspects of society to prove their point. “He’s got a big house and a shitload of land” continues Holman on Rich Man, further proclaiming, “Rich man! I’m not your bitch, man!” as a way of (somewhat) sticking a middle finger up at the higher classes. Slaves are a voice for the people, and the likes of Play Dead’s gruesome riffs and Lies’ jangly guitar undertones (a departure, mind) prove just that. The latter is worth mentioning, as it showcases the band in a less ferocious light whilst still seeing them muse about money, air strikes and “blood on the pavement”. If there’s one thing you can absorb from Take Control’s vast subject matter, it’s that Slaves are sick of society’s current state.

This isn’t to say that Slaves aren’t enjoying themselves on the record, though. Just as the seriousness of Lies comes to a halt, the band hit the listener head-on with the short-but-sweet Fuck the Hi Hat. It makes little sense, just like Gary, the album’s second skit. Both of Take Control’s skits are placed in such a way that they split the record into three cohesive sections: a fierce opening, a serious middle and a chaotic ending. The chaotic ending is spearheaded by People That You Meet, which features Wolf Alice drummer Joel Amey on drums as Holman sings of all the people that he and Vincent genuinely met on tour throughout the USA. A cheeky nod to Mike D himself also features (“he used to be a Beastie Boy, but now he works for me”), adding to the lyrical wittiness Holman and Vincent possess. Baxter Dury (son of the famous Ian Dury) features on Steer Clear, which is by far the record’s biggest departure. Ditching the distortion for synths and programmed drums, Dury and Slaves manage to put out an emotionally charged message which shies well away from other track’s anti-societal missives. Dury’s addition to the tracks adds a fragile element to proceedings, one which the album definitely needed. The slow burning Cold Hard Floor almost brings everything to a halt, before STDs/PHDs introduces warbled synths and programmed drums once more on a track which leans more towards the grime spectrum than it does the punk one. Holman sings of “champagne breakfasts” and self-destruction, declaring of the latter that we “all know how it feels”.

Penultimate track Angelica retains the same programmed drums, with Holman and Vincent declaring the track’s subject a “blood sucker”. Normal service resumes on album closer Same Again, which features more of the same elements that you’re used to from Holman and Vincent. Just as you thought that Slaves were jumping right of their comfort zone during the album’s final section, Same Again pops to serve as a reminder that Slaves haven’t changed one bit. Sure, they’ve expanded their influences and opened up a whole world of new possibilities, but they’ll always be two humorous punks from Kent who love to have a laugh over some menacing riffs and pounding drums. At just under 45 minutes long, Take Control’s sixteen tracks may well prove to be Slaves defining statement. Where they’ll go from here remains to be seen, but there’s no doubt that Holman and Vincent aren’t afraid of exploring new avenues wherever they go. Slaves are the breath of fresh air that British rock anno 2016 needs, and they’re nowhere near finished. Move over Bastille, because Slaves are ready to reclaim the throne.

Take Control comes out next week Friday (30 September). Listen to Spit it Out below.