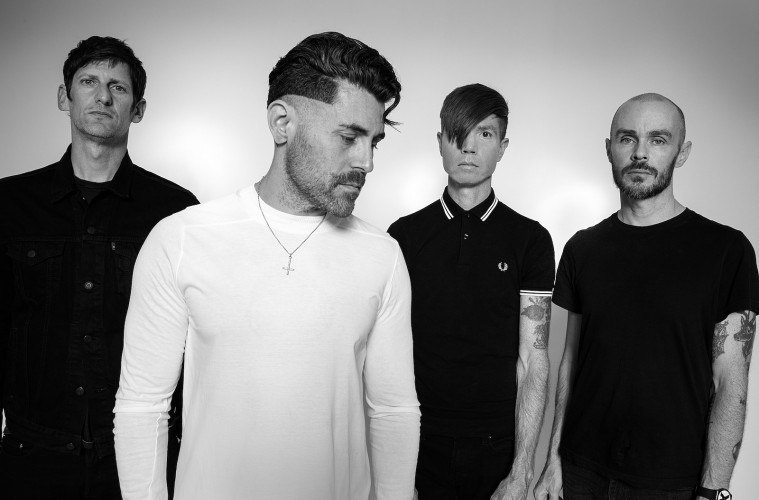 FEATURE: AFI: Through The Years

A true enigmatic force, AFI (A Fire Inside) has exhibited many faces over the years. Since the band’s inception in 1991, they’ve altered their look and sound, tugging at the hearts of punk rock, emo, Goth rock and hard-core. By proudly spearheading these genres, the outfit have shown they aren’t an uninspired unit of musicians waiting on inspiration to cascade from the sky. They started off truly embedded in the fast-paced, gut punching, atmospheric hub of punk, railing their music against its fatty underbelly, the undercurrent of a scene swiftly changing. Debut album Answer That And Stay Fashionable, which dropped in 1995, didn’t light the world up, but it was AFI’s starting point, their golden ticket to the scene.

Answer That And Stay Fashionable had empowering guitar lines and blood red raw vocals from leading man Davey Havok. It was a raw affair, teeming with punk rock magic and power. For their first outing, the band played for their supper and pride, exercising their raw talents and elevating the flag for punk rock and its followers. Songs like Half-Empty Bottle and The Checkered Demon had riffs and attitude aplenty, drawing in the crowd. After the drama of their debut, AFI unleashed Very Proud Of Ya a year later. It’s a record many swore by, an album notably punk. Its true essence helped birth many bands, and it is a record diverse in its output. Quick and decisive, it rallied many punk upstarts to the party. It was a short album, but it had enough abrasiveness and sincerity to be championed. Perfect Fit is a notable song on the album. It prods and pulls, stretching those chords to breaking point.

Shut Your Mouth And Open Your Eyes landed in 1997. A breakneck album in terms of speed and chord progression, it was still a punk affair. Havok showcased his volatile vocal range perfectly, shunning the subtlety. The instrumentals were enhanced and blood curdling, making for a raucous but pleasing experience. Yet again, it was a short punch to the chest, with songs such as pH Low lasting under two minutes. AFI didn’t lose their punk flair on 1999’s Black Sails And Sunsets. The band orchestrated yet again that punk spirit was still instilled in their minds and bloodstreams. The wonder that is guitarist Jade Puget introduced his qualities for the first time on this album, and there wasn’t any looking back. Puget had the skills to elevate AFI’s sound dramatically, adding verve and imagination. He had truly shaken the set-up. Havok’s song-writing ability was also taken up a notch, and the man behind the microphone delivered metaphor after metaphor, sentence after sentence of true grit. Narrative Of Soul Against Skin is a significant track, as it conveys through solemn beauty, catharsis.

The Art Of Drowning nurtured the souls in 2000. It came as a punk album. Again, it served as a loud offering, picking at the mind as it played on. Havok didn’t nullify his vocals, and he imprinted his lyricism, enforcing it as a way of delivering his beliefs. The Art Of Drowning goes down as a defining opus, one that many blogs and magazines describe as a significant punk juggernaut, and rightly so. In 2003, AFI released Sing The Sorrow. A different concept, it served up a new direction. Havok downed the gauntlet and let his voice become a sound of reason. An album brimming in melody, it received a great critical response. Although many old fans shunned it, there were many newcomers who fell in love and danced to its beat. It became a new chapter in the AFI compendium. Silver And Cold and Girl’s Not Grey were two colossal tracks, both empowering and riff fuelled. Puget showed his incredible worth here.

Shock and gothic chemistry came in droves with 2006’s DECEMBERUNDERGROUND. A mighty change for AFI, it ultimately worked. Many of the songs were accessible, and a trickle of alternative rock powered this behemoth-like opus. It showed a side to AFI that we hadn’t seen before; an infectious side that many adored and tapped in to. Miss Murder and Love Like Winter were instilled with Havok’s brilliantly adept lyricism, and they would become the go-to anthems. It would be four years before AFI released new material. This disc was named Crash Love, and it was a departure. Not a departure from their spirit or a mediocre stab at rock, but a retreat from the gothic overlay. Crash Love had its hits, and there’s no doubting the writing prowess from Havok. It was just that people didn’t fully understand its narrative and its powerful message.

AFI released Burials in 2013. This record was a dark affair, a layered, cathartic love letter to alternative rock. There were punk elements, wonderfully shrewd lyricism, and mind bending riffs from Puget. Burials championed diversity and maturity, and let us know how far AFI had come. I Hope You Suffer predominately showcased an enraged side to Havok, a fiery persona. He screams, he bellows, and his wrath is goliath. 17 Crimes is a standout track too, with Hunter Burgan showing his bass skills and Puget again enforcing his mastery. A dark stab at post-punk, The Blood Album was released in 2017. It was a commercial success and opened up new avenues for AFI as a band and creative force. Throughout The Blood Album, there were snippets of past efforts striking through a modern sound, and that made the record a solid, insightful and inviting effort. Aurelia and Get Hurt showed this endearing aura.

AFI are a creative force with undeniable energy. Throughout their catalogue, diversity reigns supreme. Picking a song and a record to adore wholeheartedly is complex. Since their start, they’ve orchestrated a musicianship that many bands can’t seem to reach, a togetherness which is unparalleled. The next chapter will intrigue… Mark McConville