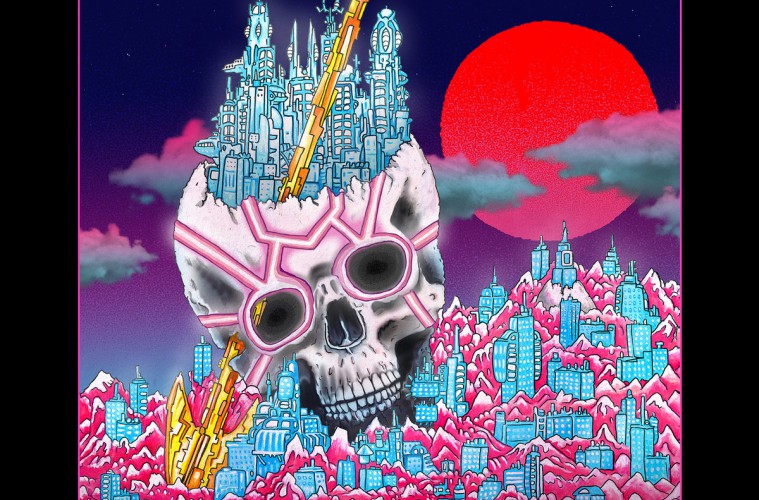 It’s tough work being an of Montreal fan sometimes. While very few will argue that frontman Kevin Barnes is a ludicrously talented person, the sheer quantity of material they release makes any misstep feel indulgent. It makes you question their quality filter and in turn their respect for their fans. Part of the reason so many people get so excited for new material by Tool isn’t because it’s going to be as good as the hype suggests, but because the time between releases creates the impression that every decision has been thoroughly calculated, contemplated, reworked and that the finished product is the best it could possibly be. Whether that’s actually the case or not ends up mattering less. That’s not a concern for of Montreal.

Hissing Fauna, Are You the Destroyer? was my entry point to the band, as with so many others. Not many bands can have such a breakthrough on their tenth studio release. I was personally going through a break up of a long-term relationship at the time and it almost felt like fate that there would be a concept album hinging around this very concept that had been released right about the same time. Its central track, the twelve-minute opus The Past Is a Grotesque Animal is the only track I’ve ever welled up to hearing it live, its transformation striking a chord with a particular time in my life. As such this has always been a band that I’ve had a deeper personal connection with than many others. They were my everything for some time, which made my excitement for their follow up album Skeletal Lamping disproportionately intense. The disappointment I felt when I eventually heard it was similarly exaggerated. There’s a part of Kevin Barnes that seems to think that the more ideas crammed into a short space of time the better. Songs which are basically fragments of twelve different songs with titles just as convoluted to match. Just as you’re beginning to enjoy one bit, another completely unrelated part with different tone, tempo and feel takes its place like some weird DJ mix. When Barnes himself described this album as being heavily inspired by ’80s club remixes, I was concerned this was coded speak for more ADHD song progressions. By following up their greatest commercial success with such a meandering mess of an album, they lost their good favour almost as quickly as they gained it.

There have been another ten studio releases since Hissing Fauna, averaging at more than one a year. Some where they’ve continued with the wildly experimental approach that defined Paralytic Stalks and some where they managed to reign it in which resulted in their best material, like False Priest and Lousy With Sylvianbriar. Not that many people noticed, though, the sheer volume of releases just created fatigue. There’s only so much of Montreal people could take in their lives. With this in mind, when listening to a new of Montreal album, my expectations have been lowered so much that just hearing that they’re writing songs rather than going on experimental journies is enough to make you breathe a sigh of relief. In fact, when the opening funk-groove of Soft Music / Juno Portraits Of The Jovian Sky kicks in, it’s positively exciting. It’s a hell of a strong opener to the album, taking the exploration into the 1980s that previous album Innocence Reaches began to a whole other level. I will admit when I saw the tracklist of just six songs, each with a slash to divide their two parts I feared the worst. Instead, the two halves of these two songs flow beautifully into each other, and make more sense in this mixed format. With such a strong opener, it’s hard not to let those excitement levels build too high again.

Paranoiac Intervals / Body Dysmorphia takes things up a notch, with a chorus hook good enough to get under your skin, its pop-funk built around a danceable 4/4 beat. Its progression into the latter half of the song brings the indulgence concerns back, turning something which sounds like an obvious single into a jam which probably makes more sense live than to justify drawing it out longer than 7 minutes. It achieves the 80s club mix ethos that Barnes talked about when describing the album, but for me that’s not always a particularly great call back. Writing The Circles / Orgone Tropics slows things down again indulging in the 80s influences right down to a sex solo in the latter half. It’s such a callback to that decade you could almost imagine it on the Drive soundtrack, yet the sound strangely suits the band, and gives everything more time to breathe, letting you focus on the individual moments. In contrast, Plateau Phase / No Careerism No Corruption which follows stuffs the ideas in at breakneck speed, with a plethora of signature sounds that’s almost fatiguing with its intensity. The funk is at its most prominent with the hilariously titled Sophie Calle Private Game / Every Person Is A Pussy, Every Pussy Is A Star! and it’s in this guise that the band are at their finest. The pounding beat that makes the whole album sound like a mix may start to grate by that point, but there’s no denying the schmaltz of this track is strangely appealing.

Barnes referenced Prince when talking about his use of drum machines when making this album, and though the comparisons with Prince have always been there, they’re at their most exaggerated on this album. He says it’s an album about falling in love combined with the paranoia of living in the modern world. Two very divergent subjects, and an explanation for the double titles throughout the album. Lyrically, the occasionally obtuse way that Barnes writes lends itself well to the feelings of paranoia. To read some of these words out of context, you’re getting into full tinfoil hat territory with lines like “Haha, they’re drugging us. That’s how God gets inside the head, making you feel like it was you saying the things it said.” This is one of the most cohesive, fun and funky albums that of Montreal have released in a long time, and as such it’s one of the most enjoyable listens in their entire catalogue. Barnes wrote and recorded most of this album alone, as a result, it’s very cohesive and effortless sounding. Barnes can be a frustrating artist sometimes, but when he gets it right, he makes it all worthwhile and reminds you why he’s so loved in the first place. If you’ve been looking for a reason to give of Montreal a listen again, then this is the one for you. White is Relic/Irrealis Mood is due this coming Friday (9 March).