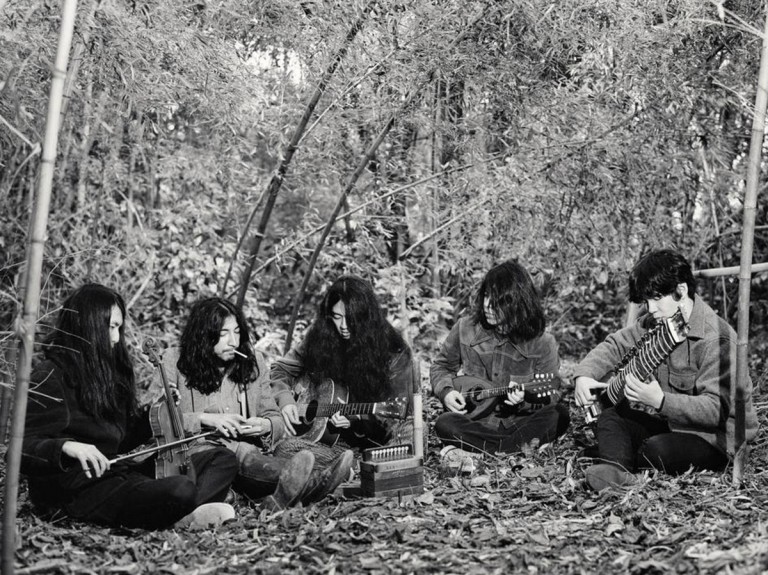 There aren’t many festivals or events out there right now which have the same impact which Roadburn Festival has on the international heavy music community. Although ‘heavy music’ is very clearly a loose descriptor here (think more along the lines of psychedelic rock, doom metal, sludge rock and every single sub-genre within that realm of sonic output), it’s one which Roadburn Festival have found themselves tied to and associated with year upon year. You see, what the Tilburg weekender does so well is very simple: push sonic boundaries, and invite outside individuals into their world to help push those boundaries even more (to lengths beyond one’s imagination, thus raising the bar for future editions). This year is like no other for Roadburn, with a whole host of jaw dropping exclusive bookings set to descend upon the inner city between 19 and 22 April. As part of our ongoing feature series looking at the most intriguing goings on at Roadburn (of which there are too many to list in one coherent article), we’ve decided to start by focussing on one of the festival’s most exciting bands: Japanese psychedelic outfit Kikagaku Moyo.

Now, before we delve deeper into this band, it’s important to note that a Kikagaku Moyo live show isn’t just your regular psych rock gig flecked with a few jam sessions and enough co2 to set off a smoke alarm; on the contrary: Kikagaku Moyo are the epitome of psychedelic experience, both on a musical and spiritual level. It thus shouldn’t come as a surprise that their billing on the Roadburn line-up, where they’ll perform twice, falls under the moniker of The Japanese Psych Experience (which further features Minami Deutsch and Didhala at various points throughout the weekend). Over the course of two completely different nights – one at the city’s Koepelhal, the other on the 013 main stage – Go Kurosawa and co. will transform two sets of  3,000-capacity rooms into one massive cultural trip. The quartet’s mesmerising live show – underpinned by fuzzy rhythms, lilting jams and woozy vocals – is one to behold and never forget, something few will have learnt from their sparsely-attended appearance at Best Kept Secret last year.

When they stop off in Tilburg next month, they’ll first head to the majestically rustic Koepelhal for a 70-minute set of their own. Within the confines of the building’s factory-like constructions, you’ll come to realise that this is the perfect room for a band whose sound bounces off the walls and echoes so obtrusively that it will reach your inner core and alter your mental state. Keep an eye on Smoke & Mirrors‘ fluid bassline here, as well Green Sugar‘s lilting guitar lines (akin to old-school King Gizzard & the Lizard Wizard, who have taken them under their wing of late). They’ll be on at the relatively sober time of 17:50, something which has both its pros and cons: it allows you to witness the band at the start of your Roadburn evening, most likely setting the bar very high for what else is set to come (Converge and Igorrr, to name but two potential highlights). This does come at a cost, though: the Koepelhal is not a fully enclosed, dark space, and thus the light will shine through its grandiose mosaic windows (a sight to behold in itself), taking away some of the nighttime sheen which Kikagaku Moyo’s live shows thrive on. You see, to truly become devoured by Kikagaku Moyo is to witness them late at night, shrouded in darkness.

And shrouded in darkness is exactly how you’ll find the band’s second show at Roadburn, one which takes a completely different approach to their Koepelhal show a night prior. Together with San Diego cult legends Earthless (above, and who form out part of a larger San Diego Takeover set to take place that weekend), the Tokyo quintet will – at 23:30 – undertake an hour-long jam session which feeds off both of the band’s musical output before wandering into layer upon layer of sonic uncertainty. It’s been billed as a night of improvisation, something the listener cannot mentally or physically prepare for however best they try. The two bands are no strangers to one another, as tonight (25 March) they round off a co-headlining US tour at Chicago’s Empty Bottle, one which kicked off a month ago and has seen them enjoy a mere four days off in that period. Workaholics, you could say. What makes their combined Roadburn set so special, though, isn’t simply the fact that it’ll be a largely-improvised jam session. It’s much more than that: Kikagaku Moyo and Earthless joining forces signifies a larger merge between the historic San Diego scene and its modern day Japanese counterpart. It’s the moment where one of San Diego’s most renowned psych bands – and a frontrunner in that scene – fuses with the band spearheading this year’s Japanese Psych Experience. It thus shouldn’t come as a surprise that the band’s shared show is down to a conjunctive  collaboration between the San Diego Takeover and the Japanese Psych Experience. Musically, this is exciting; culturally, though, it’s a significant occurrence, and one which only Roadburn is capable of putting on and amplifying to larger audiences. Whatever happens come the time both bands share the stage next month remains to be seen, however you’ll be hard pushed to witness anything that weekend which comes close to the musical and cultural impact of Kikagaku Moyo’s two special Roadburn performances.